Piers Morgan and Sharon Osbourne: A Masterclass in racism

OPINION: The fact that Osbourne could act a plum fool in her place of employment, as she weaponized her white woman tears against her Black coworkers, is a scene all too familiar to Black women 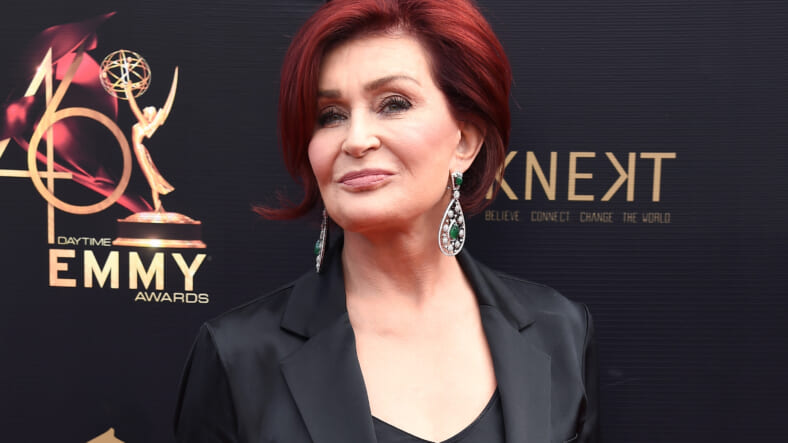 Unless you’ve been stuck under a proverbial rock this week, you’ve witnessed the repeated exercises in racist gaslighting that has played out front and center in the media.

This past Sunday, the bombshell Oprah Winfrey interview with Meghan Markle and Prince Harry hit airwaves and subsequently stirred up a number of emotions on the interwebs. Upon hearing firsthand accounts from both Meghan and her husband about the subtle and overt racism she faced from the British press, as well as the Royal Family, I can confidently say — especially for Black women — though most of us were unsurprised by Meghan’s experiences, we were also empathetic to the mental toll the abuse of her time in the U.K. took upon her.

For others, on the other hand, it’s been a sh*tshow.

While those of us of melanin persuasion clearly saw the years of obvious racism Meghan was subjected to by the U.K. press, some white folks have apparently struggled with removing their “color-blind” rose-colored glasses. Granted, while I give respect to the white people in the U.K. and here in the U.S. that have been able to full-throatily identify her treatment as racist; it has been disappointing to see how many of the Beige Brigade would rather tell us it’s actually our feelings and our reality that is the problem.

Somehow, some white people have been left to believe that they can define what racism is, what it looks like, and what it feels like.

Read More: Piers Morgan quits after storming off set due to Meghan comments

Leading the charge (this week, anyway) is the British incel with a platform, Piers Morgan. After Meghan ceased communication with Morgan (or “ghosted” him as he called it) for her budding relationship with the prince, the broadcaster has led a near five-year crusade aimed at painting Meghan as a villain, a liar, and overall disingenuous person.

This week, after Meghan alleged that the abuse she suffered in the U.K. was so pervasive it led to her having suicidal ideations and her cries for help from senior royal staff were left unanswered, Morgan opined that she was lying about her deteriorating mental health: “I don’t believe a word she says…I wouldn’t believe her if she read me a weather report.”

While the catalyst of Morgan’s haunting attacks on Meghan is his misogynistic notion that he was somehow entitled to her and that her lack of communication is anathema to his fragile ego; if we dig through the layers to get to the root of the issue, we’ll find the seeds of racism — an intersectional reality where Black women are forced to dwell.

For a white man to believe he is entitled to a woman – but especially a Black woman’s – time, energy, and body encompasses hints of slavery. To disregard her personal retelling of her own experiences and declare she is being dishonest is easier to do because the probability of taking a Black woman at her word, for many, is low. To elevate one’s own platform on the back of this constantly-harassed Black woman is racist.

It is ironic that the same pathetic excuse of a man who once accused Meghan of being a “social climber” has used the defiling of her image as a woman, wife, and mother to climb the loathsome ranks of racist misogynists with a public platform and followers.

However, I’m not surprised or appalled by Morgan’s behavior. Even his b*tch-fit moment wherein he stormed off the set like a petulant child after he was called out by his co-worker, Alex Beresford, and his subsequent resignation from Good Morning Britain, did not shock me — weak, worthless men hate having a mirror turned on them.

What has outraged me most has been the droves of white women who have decided to carry Morgan’s water and defend his vile behavior, under the guise of “free speech.”

Make no mistake, I have long-accepted, like most Black women, that white women have always been the true purveyors of upholding white supremacy. In an op-ed I penned last year on Amy Cooper, I noted that “white women, historically, act as though they are above racism, above asserting their privilege, and completely oblivious to their problematic behaviors.” It is for that reason why I titled that piece White women are the worst.

In a proof-positive demonstration of my assertion, 68-year-old British-American TV host of The Talk, Sharon Osbourne, decided to figuratively show her pasty ass on national television.

After Morgan took his racist incel ball and went home, Osbourne tweeted out her support for her deplorable friend, stating that he was “just speaking [his] truth.” The backlash, rightfully, was swift.

On Wednesday’s airing of The Talk, I watched Osbourne’s fellow co-hosts Sheryl Underwood and Elaine Welteroth, both Black women, ask Sharon how she could so willingly defend a man who is engaging in racist and misogynistic behavior and braced myself for the “Woe is me, white woman” impact I was sure Osbourne would have.

She did not disappoint.

In a profanity-laced tirade, I watched as Osbourne suddenly turned herself into a hit dog hollering by shrieking, “I feel like I’m about to be put in the electric chair because I have a friend who many people think is a racist, so that makes me a racist.” I witnessed the patience, poise and grace with which both Underwood and Welteroth displayed in spite of Osbourne’s hysterics.

I gritted my teeth as they tried to explain to this weeping white woman (who, mind you, repeatedly interrupted the ladies mid-point to shout “don’t try and cry because if anyone should be crying it should be me”) that while they never said she was a racist, it’s troubling and concerning that she is comfortable defending one. I even let out a deep, heavy, Negro spiritual sigh as Osbourne demanded Sheryl Underwood “educate [her]” on what Morgan said that was racist.

And herein lies the crux of my issue with white women — their audacious victimhood train is never late. But, I suppose when you’ve never had to answer for your misdeeds, accountability can feel like an attack. This is why so many members of the Mayonnaise Mafia boohoo faux tears about “cancel culture.”

Osbourne, and too many white women like her, fail to understand that their comfort with racism in and of itself is entrenched in racist ideology and privilege. Dismissing a Black person’s experience that we perceive as racist, IS a racist act. To take it a step further, white people don’t get to define racism because they have never experienced it. Too often, many refuse to accept that because they will never fully understand the pain of racism and microaggressions, they should, perhaps, just take our word for it because we live this sh*t every single day.

As Osbourne caterwauled on live television as she formed her thin lips to ask “how can I be racist about anybody or anything in my life?” I could not help but chuckle at the complete lack of self-awareness that she, in that very moment, was engaging in an act of racism.

The fact that Osbourne could act a plum fool in her place of employment as she pathologically weaponized her white woman tears against her Black coworkers is a scene all too familiar to Black women. Underwood and Welteroth, like every Black woman, knew that they could not bring the same unprofessional energy Osbourne brought to the set. No, instead, they had to be calm and temper their responses because white fragility could have led to Osbourne becoming more unhinged, or the loss of their jobs.

Had both Underwood and Welteroth responded to Osbourne with the smoke she was so obviously looking for amid her temper tantrum, the perception would have been that they were bullying this feeble old white woman. The “angry Black woman” narrative would have surely rained down on Underwood and Welteroth had they continued to press this “well-meaning white woman” about why she insists on cozying up to casual racism, and it is that complicity and weaponization of white womanhood that continues to allow racism, misogyny (or for Black women, misogynoir), and white supremacy to thrive.

Osbourne is now copping pleas by issuing an iOS press release apology via Twitter, and the script is almost laughable at this point. In this “apology,” Sharon Osbourne, yet again, centers herself as a victim, skirts accountability, and doesn’t deign to include in her mendacious mea culpa any amends to Underwood and Welteroth. She does, insultingly, include a line about not condoning “racism, misogyny or bullying” all the while her original tweet in support of racist, misogynistic bully Morgan is still on her timeline.

I find myself more offended at the snub of directly seeking forgiveness from her Black cohosts and hope to see Sharon apologize to them publicly on the show since I’m a believer that an apology should be as loud as the disrespect. But, I won’t hold my breath.

The condescending indignation Osbourne displayed as she demanded to be educated on the complexities and nuances of racism, as she tried to turn Underwood and Welteroth into her racism Google source despite there being a wealth of information already available to her, makes it clear that not only does Osbourne choose to be willfully ignorant — she’s happy to do so.

At this point, I’m done. Neither I nor any other Black person is anyone’s racism encyclopedia — do the work, or sit down and shut the hell up.