Here are your 2021 Black Oscar contenders

Just like that, it’s Oscars season again. With the nominations officially announced, all eyes are on the 93rd annual Academy Awards airing on Sunday, April 25. In an exciting change of pace for the award show, this year boasts a large number of Black nominees.

From acting categories to Best Adapted Screenplay, Best Original Score and more, Black talent is being recognized by the Academy this year. Check out the Black Oscar contenders for 2021 below: 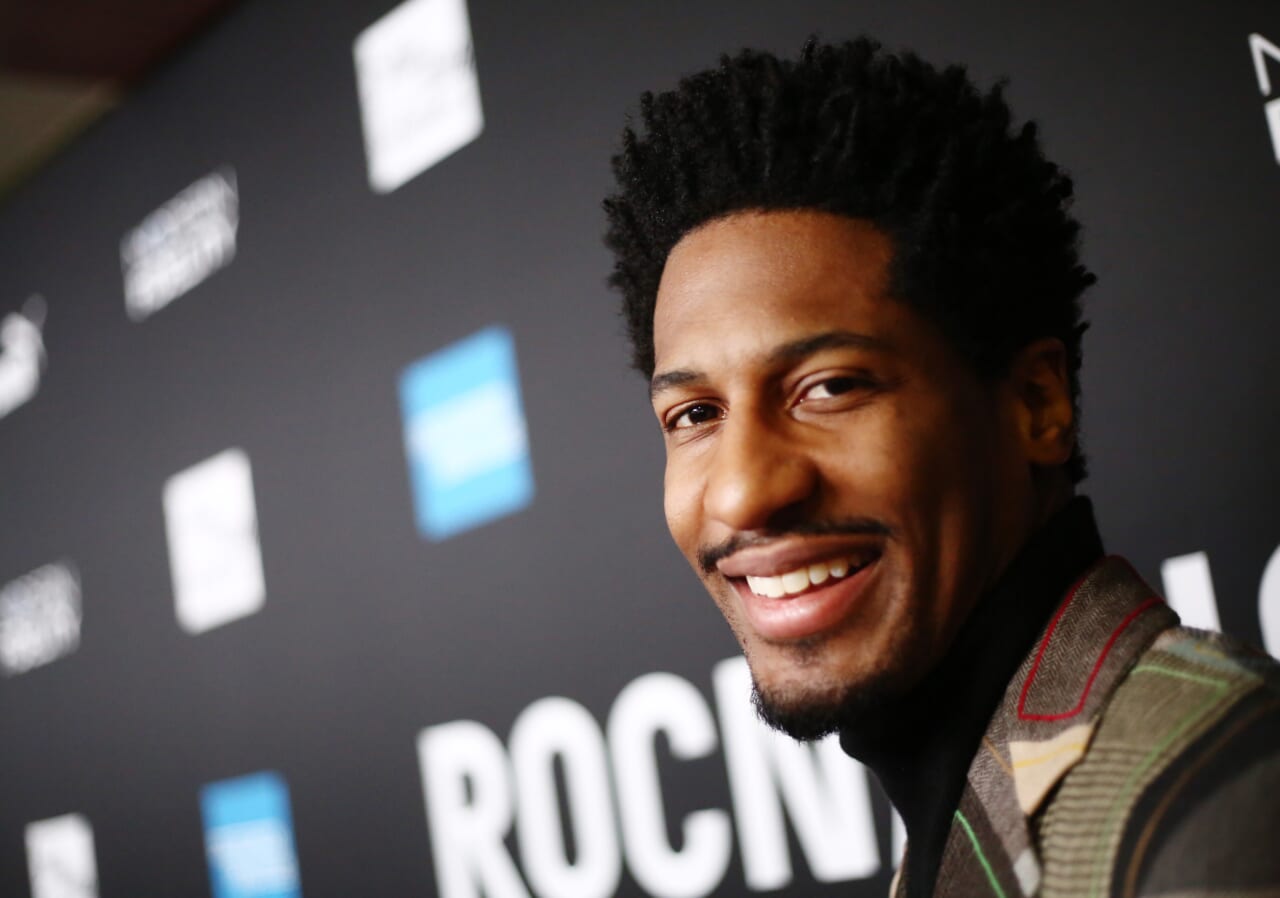 Jon Batiste, along with Trent Razor and Atticus Ross, is nominated for Best Original Score for the hit Pixar film, Soul. Batiste opened up about the nomination and the process making Soul on CBS This Morning, telling the hosts, “Everything was so collaborative…I really put a lot of myself into this film.” 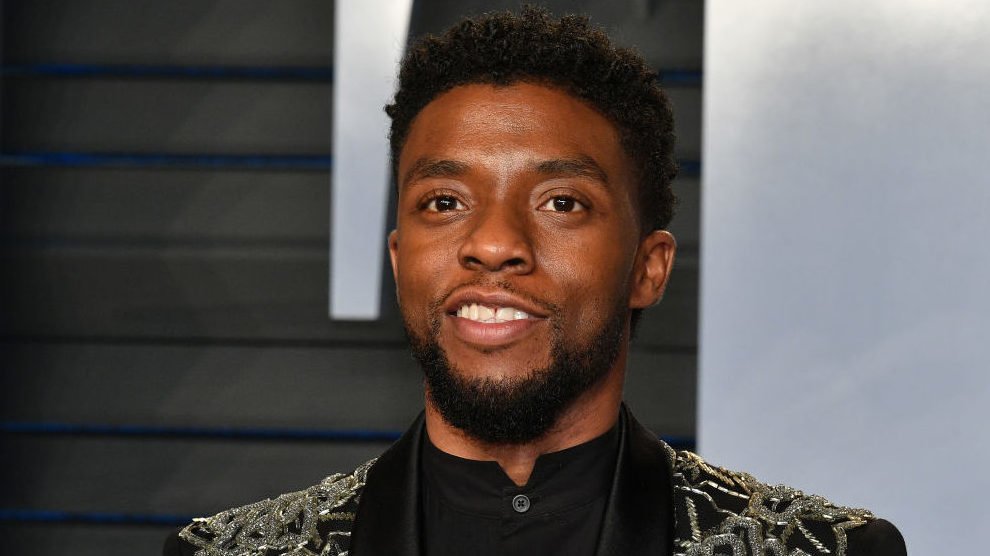 The late Chadwick Boseman received a history-making Oscar nomination for his performance in Ma Rainey’s Black Bottom. Boseman is now the first African American to posthumously receive an Academy Award nomination. Boseman already won a Golden Globe for the role, which his wife Taylor Simone Ledward Boseman tearfully accepted on his behalf. “He would thank God. He would thank his parents. He would thank his ancestors for their guidance and for their sacrifices,” she shared in her moving speech. 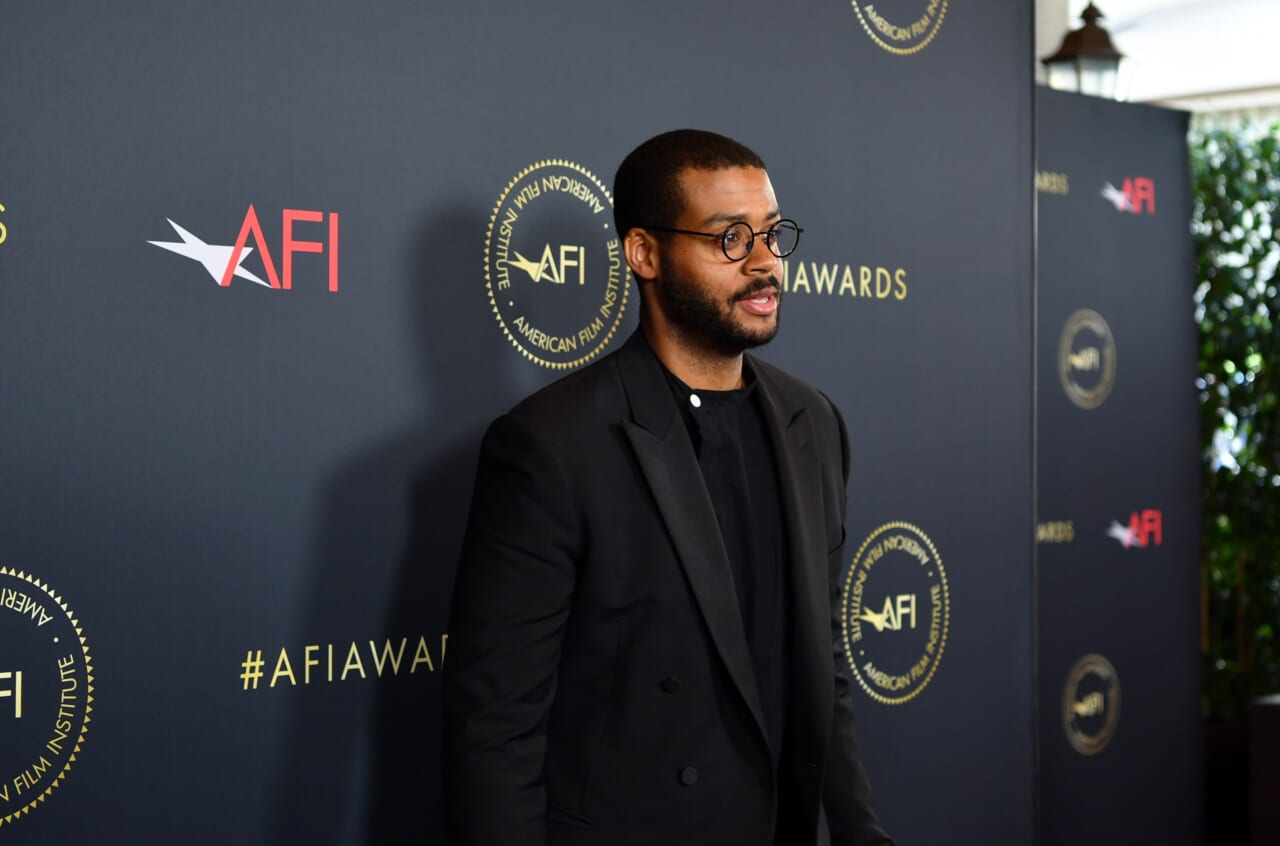 A Concerto Is A Conversation, a documentary short co-directed by composer Kris Bowers is nominated for an Academy Award this year. Executive produced by Ava DuVernay, the short follows a conversation between Bowers and his grandfather. 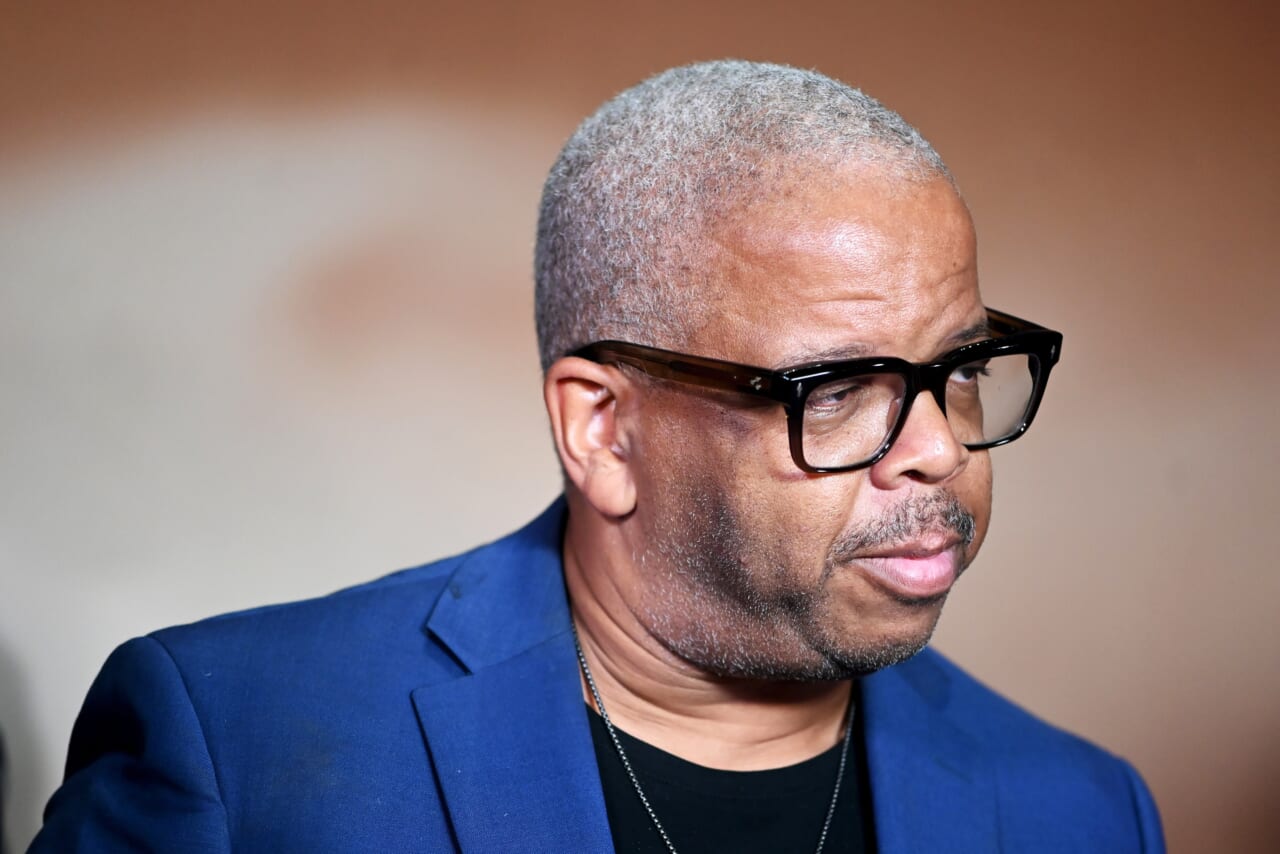 Terence Blanchard scored a nomination for Best Original Score for his work in Spike Lee’s Da 5 Bloods. Blanchard was nominated two years ago for another Spike Lee film, BlacKkKlansman, and also composed the score for One Night in Miami. 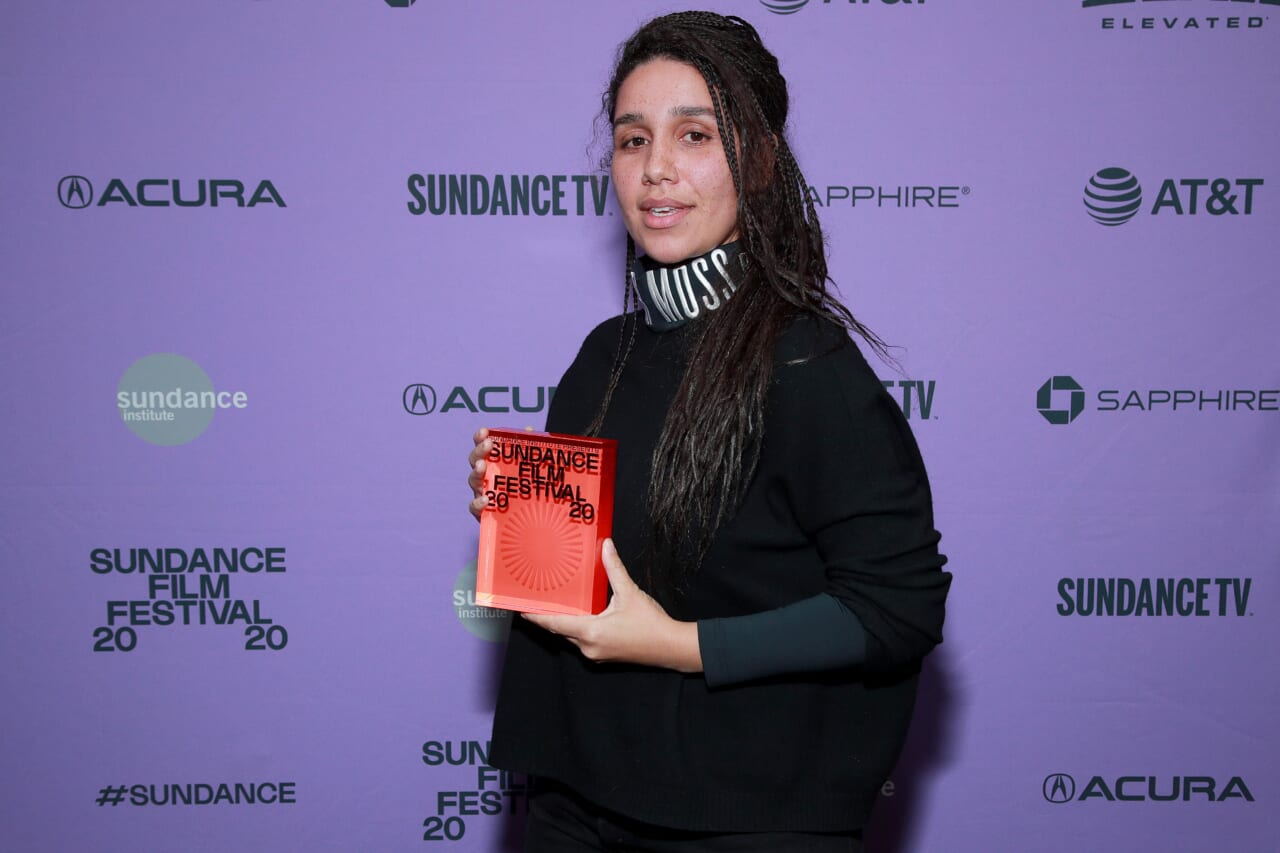 Released on Prime Video last fall, Garrett Bradley’s documentary feature, Time, is nominated for an Oscar this year. Bradley told Rolling Stone last month, “I’m really invested in what it means to lean into the way people present themselves in the world.” 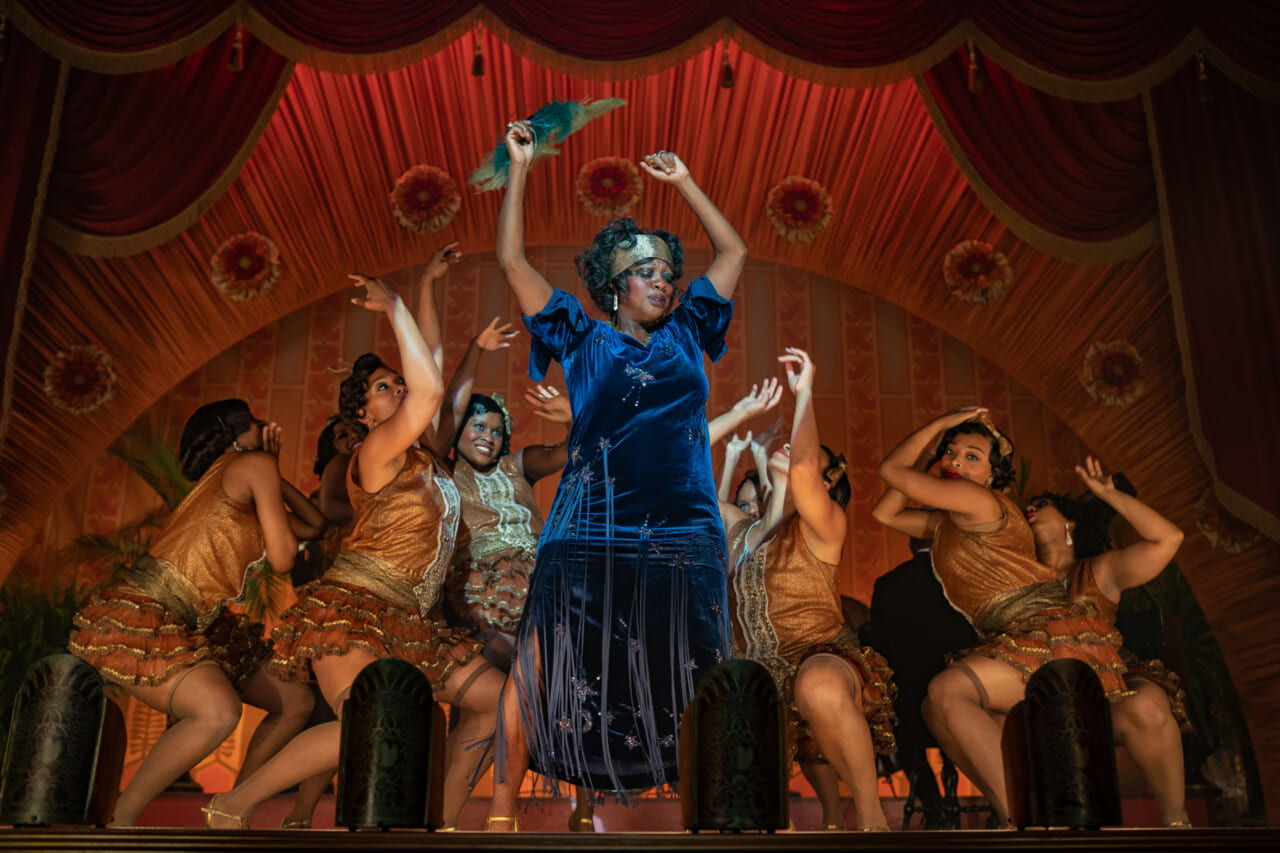 Viola Davis breaks a record with her latest Academy Award nomination for Ma Rainey’s Black Bottom. As theGrio previously reported, Davis is now the most nominated Black woman in history with four Oscar nods. Davis won an Oscar for Best Supporting Actress for 2016’s “Fences.” Davis talked to theGrio last year about saying goodbye to her Emmy Award-winning role as Annalise Keating on ABC’s How To Get Away With Murder. She told us at the time, “Her lasting legacy is, I feel like the leading lady was re-defined with Annalise.” 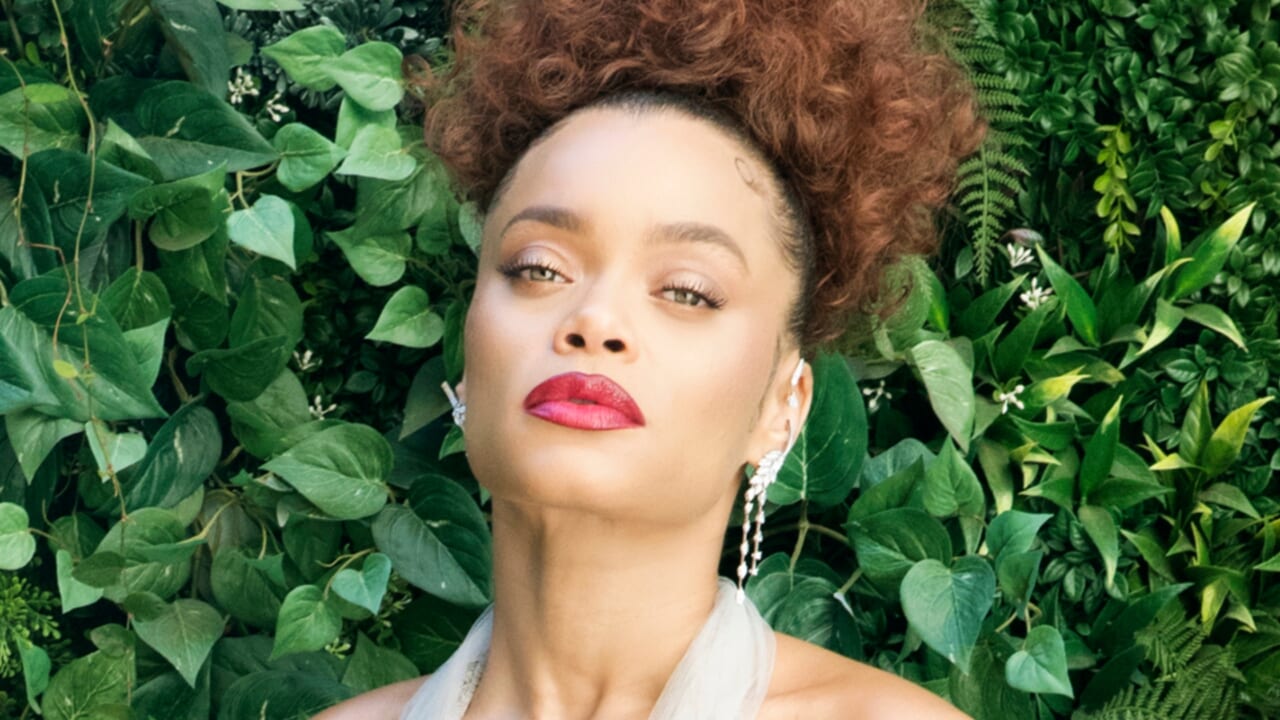 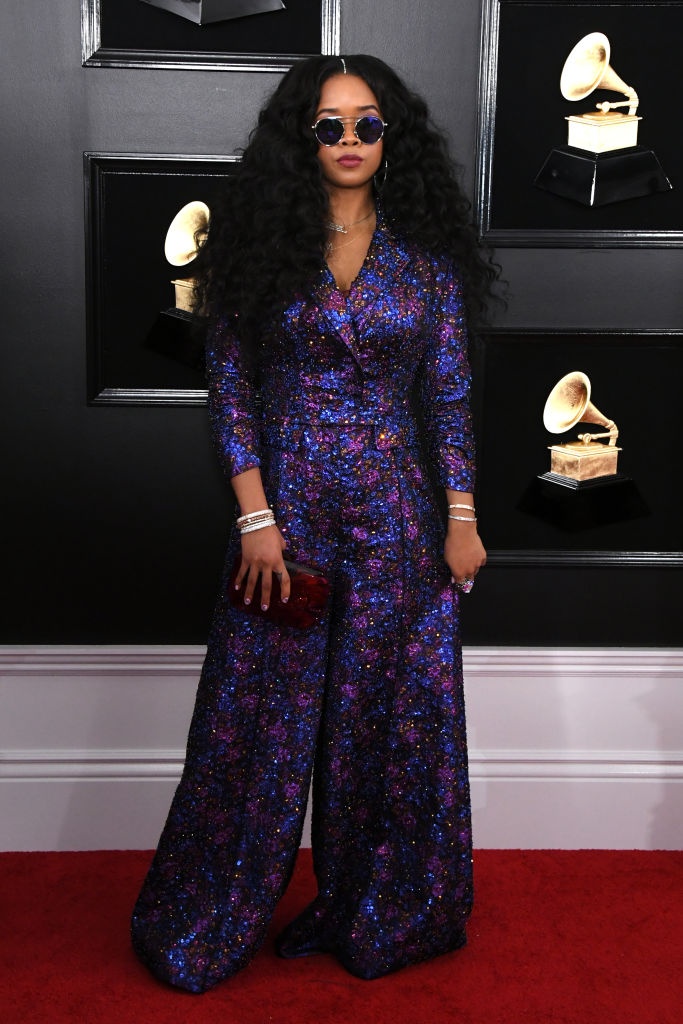 Fresh off a major win at the 63rd Annual Grammy Awards, H.E.R. is nominated for Best Original Song for “Fight For You” from Judas and the Black Messiah. “I Can’t Breathe” has already won a Grammy for Song of the Year. It was written in memory of George Floyd and others lost to police brutality. While accepting the honor, a shocked H.E.R. explained, “I’ve never been so proud to be an artist.” 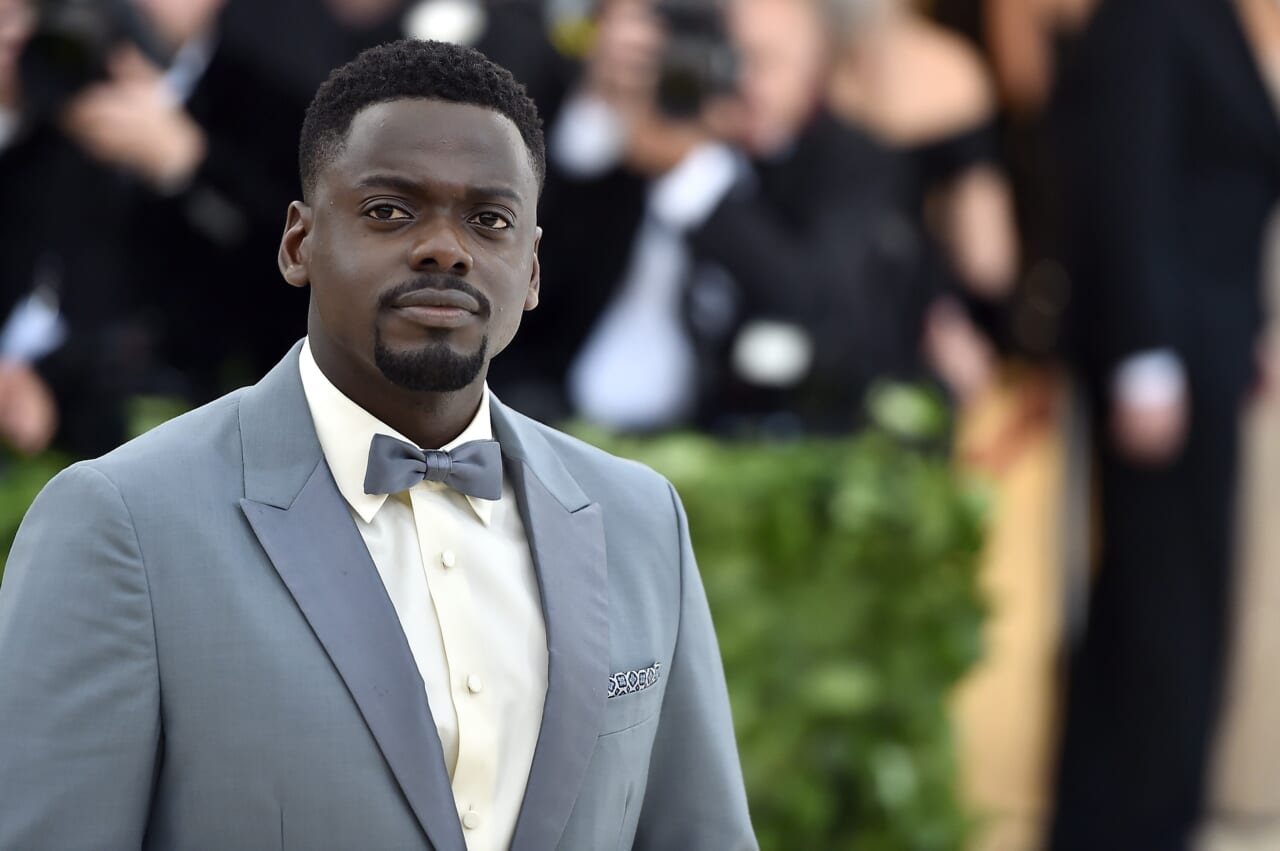 Daniel Kaluuya received a Best Supporting Actor nomination for his performance as Fred Hampton, Jr. in Judas and the Black Messiah. This is Kaluuya’s second Oscar nomination, after earning a nod for his breakout role in Jordan Peele’s Get Out. Kaluuya recently won a Golden Globe for Judas when there was a technical mishap during his acceptance speech. While the audio wasn’t working when he began his speech, it kicked in by the end, with Kaluuya cheekily saying, “You did me dirty!” 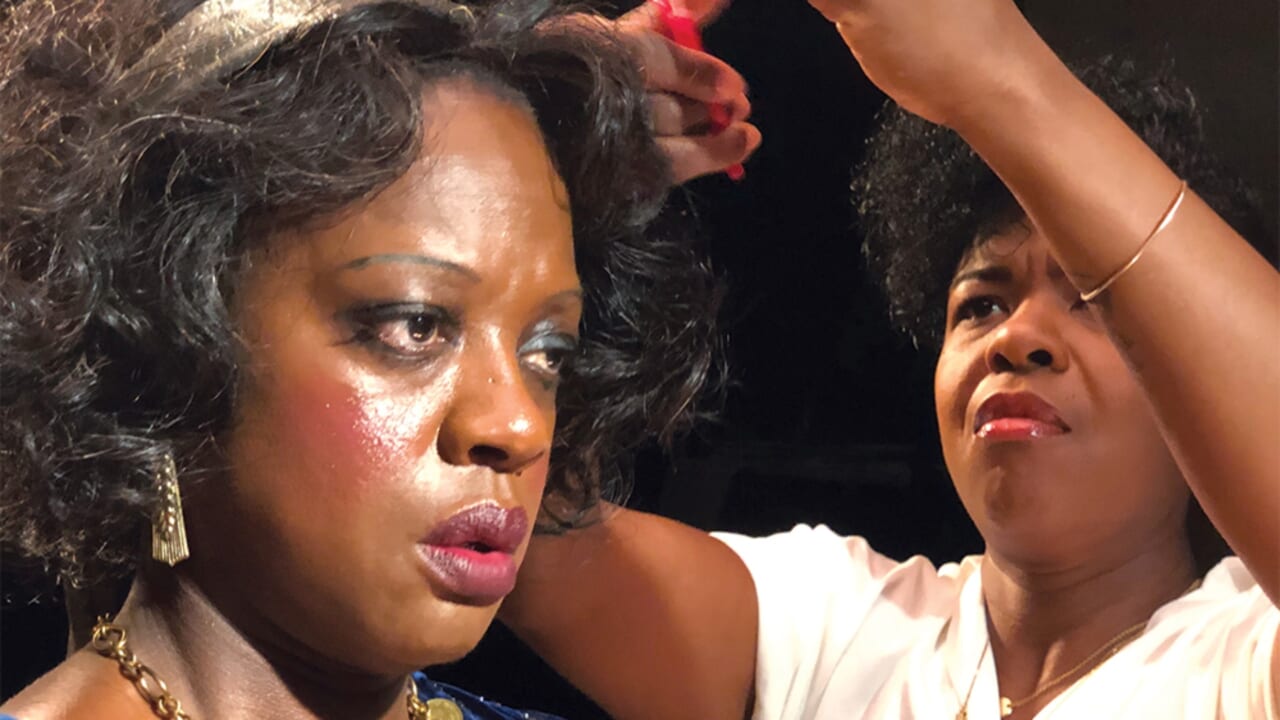 Mia Neal and Jamika Wilson are nominated for Best Makeup and Hairstyling for their work in Ma Rainey’s Black Bottom. Another history-making nomination, Neal and Wilson are the first Black women ever nominated in the category. Neal recently told Variety, “I am overwhelmed with gratitude to be honored by such a prestigious committee. To be with Jamika and for us to be the first African Americans nominated in this category is overwhelming.” 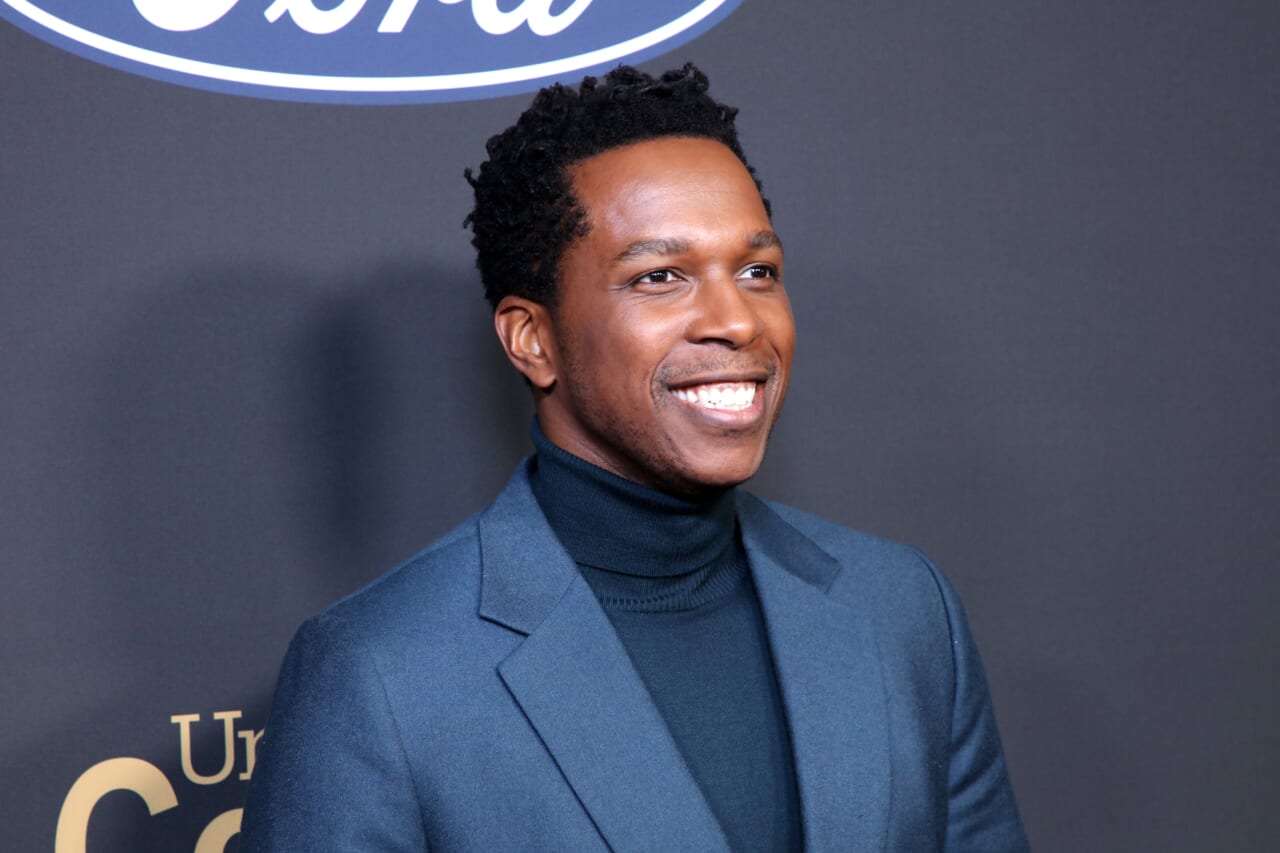 Broadway star Leslie Odom Jr. is up for not one, but two, Oscars this year. The multi-talented performer’s song, “Speak Now” is nominated for Best Original Song and he earned a Best Supporting Actor nod, both for One Night in Miami. Odom portrays Sam Cooke in the film, directed by Regina King. spoke to theGrio about his pride in this film earlier this year, saying, “I want to be making work that matters and I don’t always succeed, but it sure feels good when something like ‘One Night in Miami’ does.” 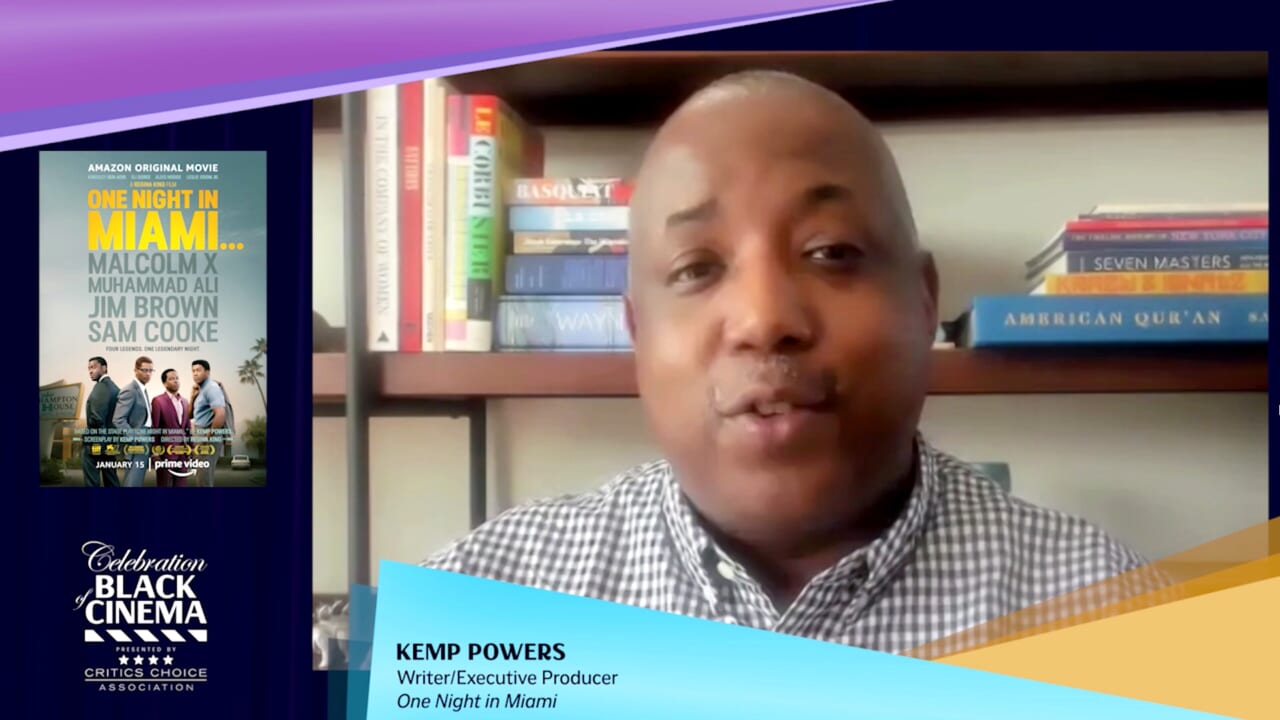 Kemp Powers is nominated for Best Adapted Screenplay for One Night in Miami. Powers wrote the play of the same name that the film is based on, winning the Ted Schmitt Award for the world premiere of an outstanding new play in 2014. 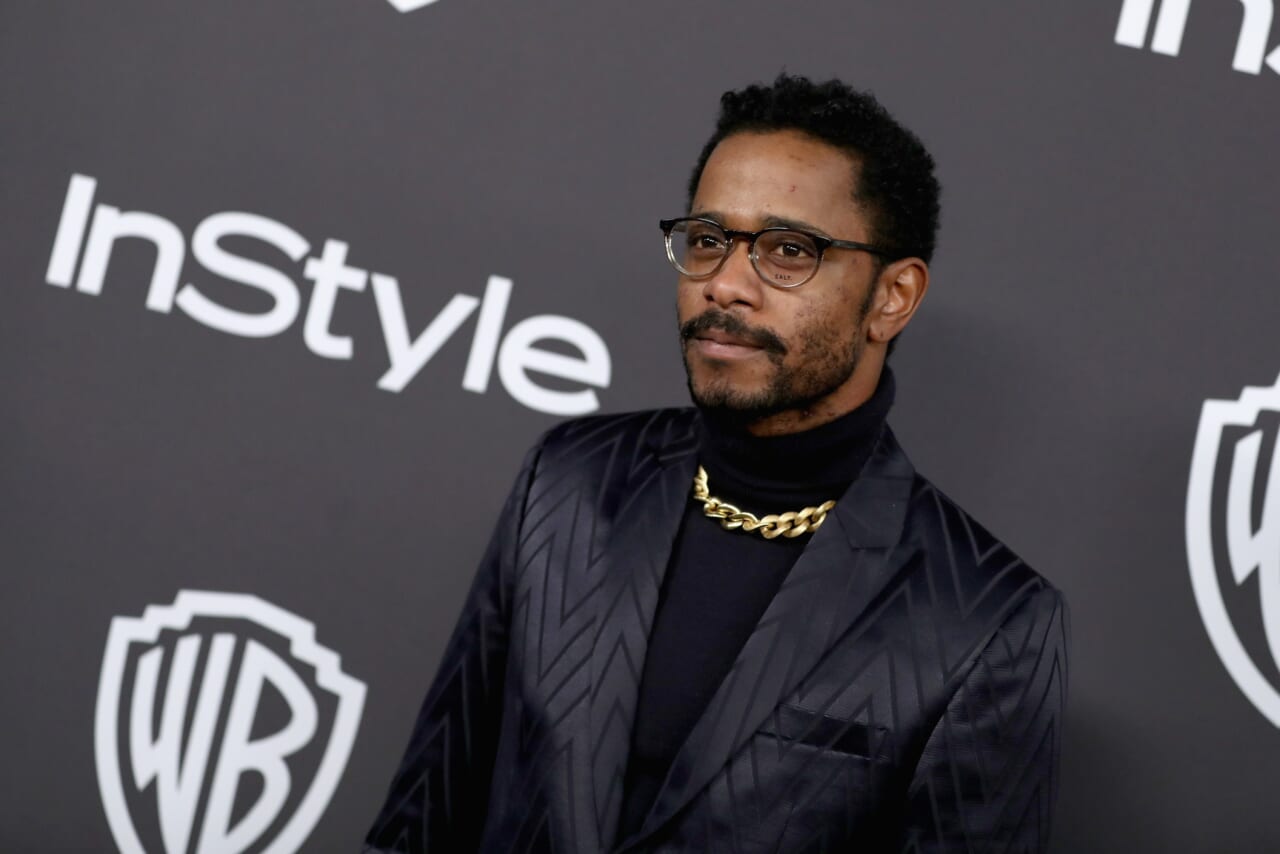 LaKeith Stanfield is nominated for Best Supporting Actor for the critically acclaimed film Judas and the Black Messiah, which received six nominations in total. This is the actor’s first Oscar nomination. Stanfield was submitted for Best Actor, confusing fans and Stanfield himself when the nominations were announced. He wrote in a now-deleted post, “I’m confused too but fu002du002d- it lmao.” 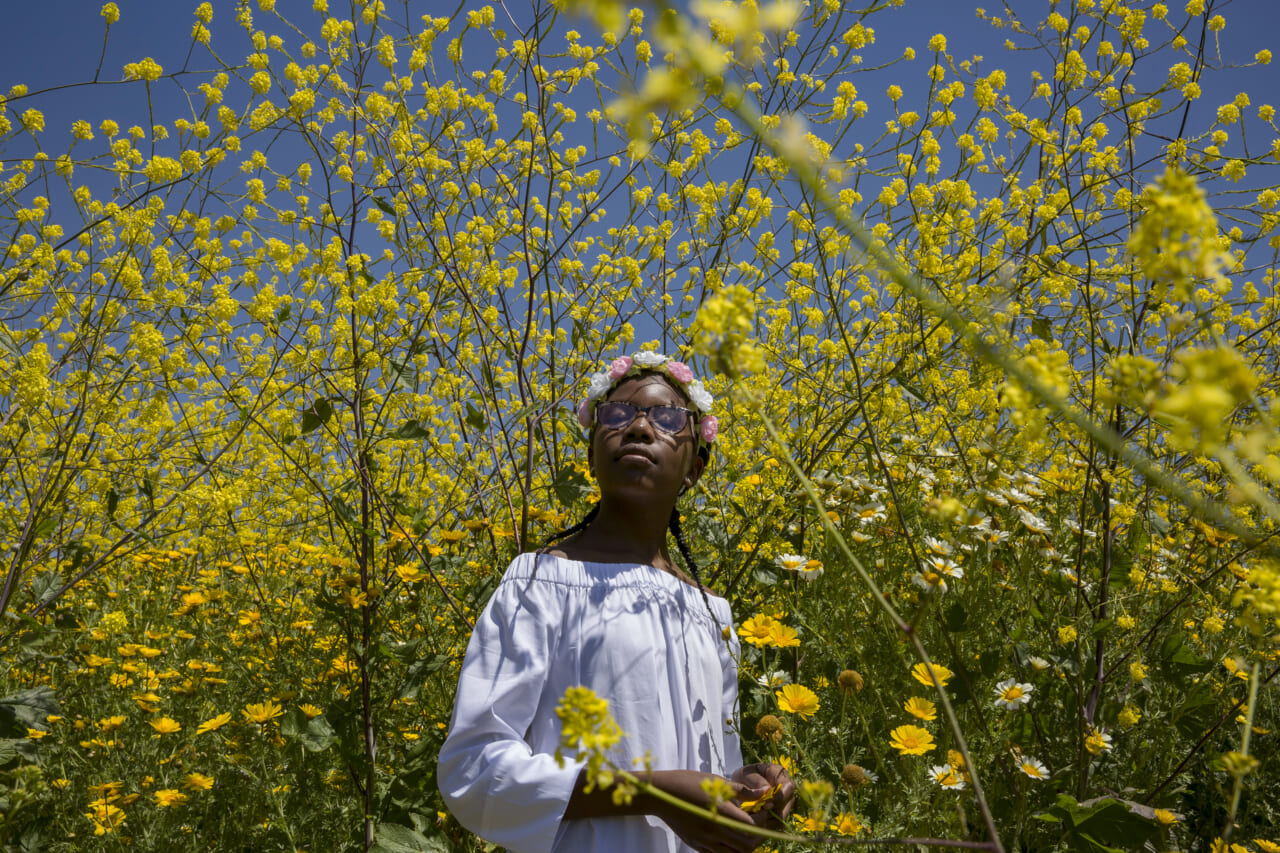 Sophia Nahli Allison‘s A Love Song for Latasha is nominated for Best Documentary Short Subject. TheGrio sat down with director Sophia Nahli Allison last fall. She shared that she is interested in, “what it means to interrogate and conjure and excavate stories of the community and stories of Black women and Black girls.”

Jon Batiste, along with Trent Razor and Atticus Ross, is nominated for Best Original Score for the hit Pixar film, Soul. Batiste opened up about the nomination and the process making Soul on CBS This Morning, telling the hosts, “Everything was so collaborative…I really put a lot of myself into this film.”