Why Prince still matters: ‘He inspired and influenced so many’

Prince has been gone five years but he’s as hard-working as he ever was. 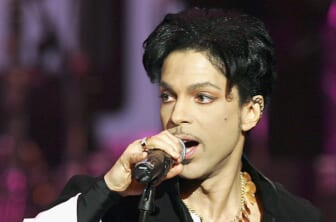 This year alone has netted two new products courtesy of the Prince Estate: a special edition makeup set from Urban Decay and a “new” release, Welcome to America due on July 30. Today, June 7, marks not just what would have been Prince’s 63rd birthday but a little over five years that he’s been gone.

Yet his legacy and his fanbase continue with a fervor that is unabated by his passing. Fanbases like the Rihanna Navy and the Beyoncé’s Beyhive are contemporary incarnations of the devotion of superfans. Ten plus years after his passing, Michael Jackson fans are as rabid as ever, particularly when it comes to defending him from allegations of pedophilia.

You’d have to assume that legacy fanbases like ones for classic mainstream bands like The Beatles, The Rolling Stones, and The Grateful Dead are still going strong even as they age, but there is something particularly unique about the devotion people still have for Prince.

There are multiple Instagram, Facebook, Tumblr pages and sites dedicated to Prince. There are an array of podcasts from Prince’s Friend, to the Prince podcast, to The Violet Reality to the Dance Music Sex Romance blog, the Prince Vault site, and multiple newly recently released books. While waiting for the official Prince documentary coming to Netflix, you can enjoy the fabulously creative YouTube documentary Once Upon a Time In Minneapolis.

What is it about Prince?

“I think the thing about Prince is that he taps into something for some people,” says cultural critic Michael Gonzales, who has covered Prince for Wax Poetics and Soulhead.com, among other outlets to theGrio. “I’ve always loved Prince because I always thought he was so creative. I came up in a time when people were making funk and straight soul albums and Prince was almost like the bridge into the next generation. He was putting everything I loved together. It just didn’t seem like he had any boundaries.”

A son of Minneapolis, from the beginning of his career in 1979, Prince was cognizant and comfortable with many of the cultural markers that are discussed, debated, and dissected now – from androgyny to championing female artists to amplifying gender, racial and sexual identities. His bands, from The Revolution through to the NPG, were diverse and his music promoted sexuality without boundaries.

Though he dabbled in hip hop, it wasn’t his forte. But Prince’s influence on hip hop was significant, as hip hop artists responded not just to the overt sexuality in his lyrics and his swagger, but his emphasis on Black ownership and independence. In the 90s, Prince wore ‘Slave’ on his face and advocated for musicians to own the master recordings they made, which in most major label contracts are owned by the label. That gives labels the right to use the music as they so choose, without the artist’s permission.

As a prolific musician who built the entertainment complex Paisley Park to facilitate his need to create at will, Prince believed that he should control his music in a record industry that had long exploited Black talent. Likely inspired by Motown and other Black recording artists who sought control over their own work, Prince founded a record label, Paisley Park Records, which signed Black music legends George Clinton, Mavis Staples, Chaka Khan, and Larry Graham when they were thought to be past their prime.

If you consider that musicians today routinely form labels, exercise more artistic control and ownership, and many, including Maxwell, Bruno Mars, Raphael Saadiq, Janelle Monae, Mary J. Blige, Mariah Carey, Pharrell Williams, and DMX, who said before he passed that Prince was the celebrity that impressed him most. Jay Z also partnered with Prince to release his music on Tidal, and it’s incalculable how much impact Prince had on contemporary music through his 37-year career.

“Musicians keep Prince’s music alive,” says Rhonda Nicole Tankerson, the social media director for the National Museum of African American Music in Nashville, tells theGrio. “He inspired and influenced so many (Janelle Monae, Questlove, H.E.R., D’Angelo, Bilal, etc.); he always paid respect to the artists that inspired him (Chaka Khan, Mavis Staples, Larry Graham, George Clinton, etc.) he made it a point to support younger emerging artists (Lianne LaHavas, Eryn Allen Kane, Lizzo). So even if you don’t always recognize it, you hear his influence and imprint in current artists’ output.”

The relentlessly creative artist is also revered for his commitment to craft and excellence. He spent most of his waking hours in Paisley Park, where he was sadly found dead on April 21, 2016, of an apparent accidental drug overdose.

His dedication took its toll, as it was widely believed that he’d been taking painkillers for years to alleviate chronic pain related to performing for decades in high-heeled boots. But for a generation raised to believe hustle trumps skill and craft, Prince remains a figure known, much like Kobe Bryant, for his obsessiveness with perfection.

Prince said much of that came from his father.

“Everyone is talented at something,” Prince told Tavis Smiley in 2009. “That’s what makes the world go round and we all need each other. It’s about good mentoring and good teachers and I’ve had a lot of good people around…My father was so hard on me. I was never good enough,” he continued. “And there was something about that…it was almost like the Army when it came to music…we learn like that. We learn from being shown. It doesn’t come from books and just reading it. We need to be shown. Having really good teachers and a bar that’s so high.”

The high bar would net 39 albums in 37 years, multiple tours, countless aftershows, and a vault filled with more music yet to be released. That is just part of the reason that Prince’s fanbase or ‘fams’ remains so fervid despite the passage of time. Another factor is the emotional impact of the music he made. 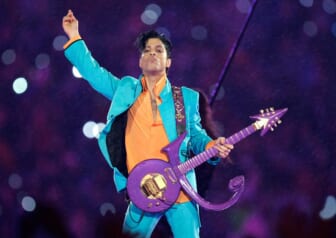 “I think the thing that has made Prince’s legacy endure in a way that others have not is that like no other artist, he gave all of himself so authentically through his art,” says Kamilah Cummings, a Chicago-based writer, editor, and scholar who has studied Prince and delivered presentations on his work for several Prince-related symposiums.

“He was his own creation. As the writer, producer, and performer of his music, he gave us a window into who he was. People often say that he was private, but if you really listened, he was an open book,” Cummings continues to theGrio.

He shared his human experience with us in a way that was an invitation to journey into our own selves to explore our loves, hates, hopes, dreams, inspirations, beliefs, and values. As such, he connected to those who loved him on an ethereal level, and that is everlasting. His art is so deeply woven into the fabric of who we are that his legacy lives through us.”

Listen to the “new” previously unreleased Prince single “Born To Die” below: