The alleged founder and leader of the “Triple-C” gang in Baltimore has died from a self-inflicted gunshot wound following a 3-hour standoff with police in Georgia.

Authorities were following up on an arrest warrant that was issued when Creek failed to surrender after being named in a racketeering indictment. He and 14 other associates of the Triple-C gang were charged in connection with 18 murders, 27 attempted murders, and drug distribution. 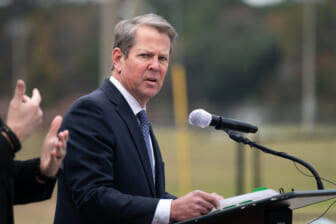 While serving a federal arrest warrant, Creek allegedly started firing at officers before barricading himself and three hostages inside the Sandy Springs apartment complex. The hostages were Creek’s girlfriend and two children ages 2 and 6, according to the report.  U.S. Marshals Service spokesperson Frank Lempka told The Atlanta Journal-Constitution that when officers finally entered the residence about three hours later, they found Creek dead. The hostages were released safely and no officers were hurt.

“It was very stressful. I was scared, turned on the news. I came back outside and heard more gunshots,” said neighbor Alyssa Musser.

In 2019, Creek was charged in a federal criminal complaint for being the primary supplier to drug trafficking organizations. He was confined to jail in Washington, D.C. but released to home confinement in May 2020 due to a rise in COVID-19 cases at the facility.

After taking his own life, the Baltimore office of the Bureau of Alcohol, Tobacco, Firearms and Explosives confirmed in a tweet that Creek died from a “self-inflicted gunshot wound in Atlanta after hostage situation.” 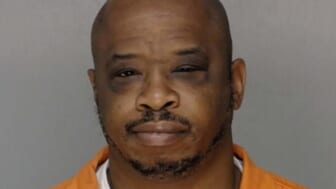 The Sandy Springs Police also took to Twitter to update locals about the situation.

“The apartment has been cleared. The suspect is deceased from an apparent self-inflicted gunshot wound. Adair Lane will be reopened shortly. The hostages were not injured during this incident. Officers and Deputies were not injured during this incident,” they wrote. In a follow-up tweet, the department noted that the “three hostages have been released safely.”

Creek’s associates named in the indictment are all in custody, according to the report.