Darnella Frazier, the teenager who filmed the police killing of George Floyd with her cellphone in May 2020, has been honored by the Pulitzer Prize Board.

The committee recognizes some of the year’s most groundbreaking journalism. Aminda Marqués González, co-chair of the Pulitzer Prize Board, announced Friday that Frazier received a special citation for “courageously recording the murder of George Floyd, a video that spurred protests against police brutality around the world, highlighting the crucial role of citizens in journalists’ quest for truth and justice.”

Frazier was 17 when she recorded Floyd’s fatal encounter with former Minneapolis police officer Derek Chauvin on Memorial Day last year. As theGrio previously reported, Frazier’s footage was pivotal in the case to convict Chauvin. In her emotional testimony during the Floyd murder trial, Frazier told jurors there were “nights I stayed up apologizing and apologizing to George Floyd for not doing more and not physically interacting and not saving his life.” 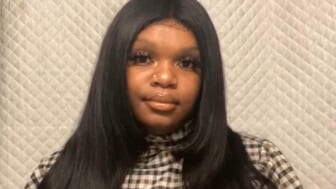 She was hailed a hero for posting the footage online, which led to a global outcry against police brutality and undoubtedly contributed to achieving a guilty verdict. In a Facebook post in April following Chauvin’s conviction, Frazier wrote, “I just cried so hard. This last hour my heart was beating so fast, I was so anxious, anxiety [busting] through the roof. But to know GUILTY ON ALL 3 CHARGES!!!”

She added “THANK YOU” in all caps, four times, and dozens of emoji’s including prayer hands, hearts and fists of solidarity.

“George Floyd we did it!!” Frazier concluded. “Justice has been served.”

“The magnitude of these stories and the pace at which they unfolded pushed many in the news business to the limits of endurance,” Marqués González said during a live broadcast. “Much of the great work this year came against the backdrop of unfathomable loss as our colleagues and fellow citizens mourn the deaths of more than 600,000 people from COVID.” 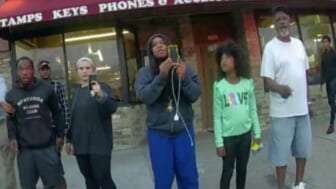 The New York Times received the highest honor of the day for public service.

“The prize is awarded to the New York Times for courageous, prescient and sweeping coverage of the coronavirus pandemic that exposed racial and economic inequities, government failures in the US and beyond, and fill the data vacuum that helped local governments, healthcare providers, businesses and individuals to be better prepared and protected,” the board said.

The Atlantic was a first time Pulitzer winner as was BuzzFeed News its international reporting.

Below is the full list of prizes awarded on Friday, per CNN:

Ed Yong of The Atlantic

Kathleen McGrory and Neil Bedi of the Tampa Bay Times