“Does anyone want to explain why Usher is dressed like a Grambling University Majorette?,” tweeted out journalist Tariq Nasheed

Usher fans are ragging on him about his latest costume choice.

The “Confessions” singer hosted the iHeart Radio Music Awards last month but fans are just now reacting to his silver short ensemble that included a matching cape. One user compared the outfit to a Grambling University majorette uniform, sparking a flurry of social media comments.

“Does anyone want to explain why Usher is dressed like a Grambling University Majorette?,” tweeted out journalist Tariq Nasheed.

Grambling University majorettes are known for their extravagant costumes. The jokes continued as other Twitter users caught on. 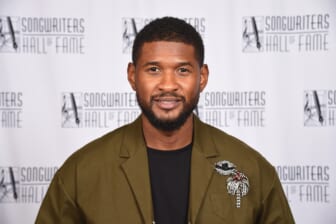 Another added: “He looks very uncomfortable. Something is telling me he didn’t come up with this idea himself.”

“Whatever happened to just wearing a fly ass suit or outfit. Now they are dressing up for Halloween,” added another.

But one user added that the singer may have been paying tribute to a legendary funk, soul, and blues singer, Rufus Thomas. The 1917 Memphis-born performer born was known for rocking hot pants and capes at his performances. His career spanned over decades from the 60s to the 90s. 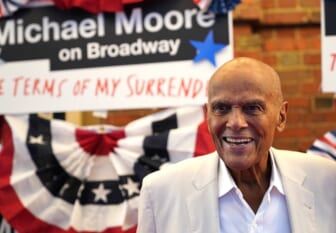 “He was paying tribute to Rufus Thomas. Some of y’all need to brush up on your music history,” wrote a user.

Usher has yet to comment on his outfit choice but he is probably busy gearing up for the arrival of his fourth child. He is expecting a second child with his girlfriend, Jenn Goicoechea, as reported by theGrio.

The 42-year-old singer and Goicoechea are parents to an eight-month-old daughter, Sovereign Bo Raymond, and he has two sons from his previous marriage to Tameka Foster Raymond.

The crooner announced Sovereign’s September birth in an Instagram post, writing in the caption: “We are feeling blessed and full of love with the arrival of our beautiful baby girl, Sovereign Bo Raymond. ‘Isn’t She Lovely’ by Stevie Wonder on repeat.”

Usher is currently prepping for a residency in Las Vegas that kicks off in July of this year after being delayed by the coronavirus pandemic. Tickets range in price from $159 to $750.

Goicoechea is vice president of A&R at Epic Records, and before that role, she worked at performing rights organization ASCAP.

The couple revealed their new pregnancy on the red carpet of the 2021 iHeartRadio Music Awards, where Goicoechea cuddled her baby bump alongside the multi-platinum Usher, who served as host and a performer at the event.

During an appearance on The Ellen Degeneres Show last year, he gushed about his then-new daughter, saying she was born a little earlier than planned, blaming her astrological sign. “She was scheduled to be a Scorpio but decided she had a different plan,” he told its host. “Libras, you know — they kinda have their minds made up on what they wanna do.”

He said at the time that his sons, Usher V and Naviyd Ely, who are 13 and 12, were excited about being big brothers. “And as they get older, I’m less cool of a dad,” he added, “so now I’m starting this whole cycle over again, and I’m kind of the apple of [Sovereign’s] eye right now.”