As Southern Baptists prepare for their biggest annual meeting in more than a quarter-century, accusations that leaders have shielded churches from claims of sexual abuse and simmering tensions around race threaten to once again mire the nation’s largest Protestant denomination in a conflict that can look more political than theological.

More than 16,000 voting delegates are pre-registered for the two-day gathering that starts on Tuesday in Nashville. Southern Baptist Convention members have been a powerful force in conservative Republican politics for a generation. This year’s convention follows weeks of internal controversies stoked by leaked letters, secret recordings and video rebuttals. 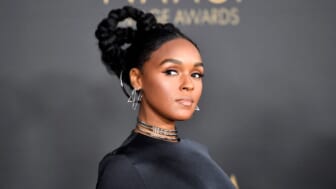 Also Read:
Janelle Monae rants against sexism in music, religion and other institutions

Despite claiming 14 million members, the denomination has been in decline for 14 years. Adding to long-term membership losses have been the recent loud departures of its top public policy official, a mega-selling author and several prominent Black clergy over issues that include sexual abuse, racism and the treatment of women.

Key votes on who leads the convention and where it stands on these issues will not only set the denomination’s direction but determine whether more people head for the exits, including Black clergy who see the denomination regressing on racial issues.

Controversy is not new to SBC meetings, but this year it has reached a fever pitch thanks to leaked letters from Russell Moore, who resigned two weeks ago as head of the denomination’s powerful public policy arm, the Ethics and Religious Liberty Commission. Moore was a staunch advocate for abuse victims and an ally of the denomination’s Black pastors.

The letters and subsequently released secret recordings purport to show some SBC leaders tried to slow-walk efforts to hold churches accountable for sexual abuse and to intimidate and retaliate against those who advocated on the issue.

In the documents, Moore accused certain leaders of caricaturing sexual abuse victims as “at best, mentally disturbed and, at worst, as sexually-promiscuous sinners.”

Mike Stone, a Georgia pastor who is running for SBC president this year, is specifically called out as pushing back against Moore’s accountability efforts. In an interview, Stone said Moore’s allegations were outrageous, especially considering that Stone is himself a victim of childhood sexual abuse. However, Stone said the fact that the convention is a loose affiliation of autonomous churches makes it difficult to act on the issue.

“The Southern Baptist Convention was not, and to a large degree is still not, set up today to do the kinds of things that Russell Moore wanted to see us doing,” Stone said.

Amid calls for a third-party investigation of Moore’s allegations, Executive Committee president Ronnie Floyd announced Friday that the panel had retained a firm to conduct it. But some pastors reacted with calls for an independent task force, saying they don’t trust the committee to oversee an investigation of itself.

Another burning issue is how, or even whether, to address systemic racism. Stone is among those calling for a repudiation of critical race theory while some Black pastors are exiting the SBC in frustration over what they see as racial insensitivity from overwhelmingly white leadership.

Moore, who is white, says in a letter that his work on racial reconciliation led to “constant threats from white nationalists and white supremacists, including within our convention.”

The role of women in ministry could also pop up after bestselling Christian author Beth Moore, not related to Russell Moore, left the denomination earlier this year. Women are not allowed to serve as pastors in SBC churches, but some members go further, believing that women should never preach to men or even teach them in Sunday school. Beth Moore accused them of using those beliefs as a litmus test for theological purity. Meanwhile, the SBC’s second largest church, Saddleback, recently ordained three female ministers.

How Southern Baptists feel about these issues will likely determine who is elected SBC president. Stone is part of the Conservative Baptist Network, which accuses Russell Moore, current president J.D. Greear and others of contributing to a liberal drift.

Another leading candidate, Al Mohler, has been supportive of sex abuse victims but angered some Southern Baptists for endorsing Donald Trump last year and for signing a statement, in his capacity as president of Southern Baptist Theological Seminary, denouncing critical race theory.

Meanwhile, Ed Litton, an Alabama pastor, is supported by Fred Luter, the only Black pastor ever to be denomination president. The two are among the co-signers of a statement by a multiethnic group of Southern Baptists asserting that systemic racial injustice is a reality.

For all the Baptists who will be in the room this week, looming large will be the influence of a non-Baptist who’s not present: Trump. The Conservative Baptist Network announced at its formation in February 2020 that members had been concerned over an effort to keep former Vice President Mike Pence from speaking at the 2018 meeting. Strong Southern Baptists support for Trump contributed to the estrangement between the denomination and Beth Moore and Russell Moore, both of whom had criticized the former president. 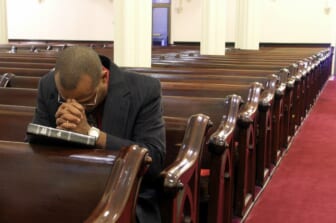 Also Read:
Black millennials dropping out of church, but say it isn’t because of religion

“One of the things that is happening is that many conservative evangelicals want their denomination and church to line up to what they are hearing on cable news,” said Ed Stetzer, executive director of Wheaton College’s Billy Graham Center. “So if they hear that critical race theory is a huge problem in the culture, they want it dealt with in the church, even though it’s not a major issue there.”

The meeting is shaping up as the most contentious since the late 20th century, when those championing more conservative views on the Bible, politics and male authority in homes and churches took control of seminaries and denominational offices. The current controversies are driving huge pre-registration numbers.

“I’ve also assembled a team of leaders to dig in deeper to the issues facing the SBC,” he said. “They have not enjoyed most of what they’ve seen.”