“She was only 29; in the prime of her life,” said the victim's cousin, Takita Miles

Another young mother is gone too soon due to senseless gun violence.

Kimfier Miles was hanging out with girlfriends on Saturday in Chicago when she was shot along with nine other people. According to Chicago Sun-Times, she was a mother of three girls.

The 29-year-old was in the business district on 75th Street when two gunmen opened fire on a group around 2 a.m. in the 7500 block of South Prairie. It appears Miles was the only one fatally shot.

“Everyone was confident that it was chill last week, and maybe we can go out and kick it this time. And maybe this is the summer that we can really chill,” said the mother’s cousin Takita Miles. “But it wasn’t like that.”

Vice President Kamala Harris visited the area earlier this year when she stopped by Brown Sugar Bakery. Miles said her cousin was hesitant about hanging out in the area, but due to a peaceful event that took place a week prior, she thought it was safe.

“She was only 29; in the prime of her life,” said Miles. “She hasn’t even experienced life. She just started traveling. It’s unfortunate. It’s really bad.” 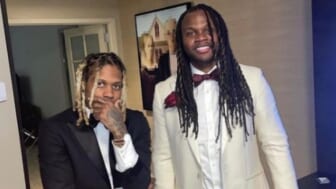 The young mother was shot in the stomach and leg. According to police and the Cook County medical examiner’s office, she was pronounced dead after being rushed to the University of Chicago Medical Center.

Her cousin described the mother of three as a social butterfly who took great pride in dressing her girls. She worked at a security firm and had aspirations of opening a clothing boutique.

“Most of the time when something like this happens, they always want to portray the victim as this awful person,” said Miles. “But she wasn’t like that. She was humble, her laugh was contagious, she was goofy and she just loved hanging out with her family.”

Over the past weekend alone, Chicago saw 45 shootings; three were fatal.

Miles said she is disappointed at the lack of nationwide attention the shootings are getting. She does not want her cousin’s death to become another cold case.

“Our African American community is getting the short end of the stick of everything,” she added. “When it comes to catching serial killers and suspects and mass shooters, we’re definitely treated differently.”

She continued to say the “senseless acts of violence” in Chicago have been “normalized now like it’s nothing.”

Also Read:
Obama portraits to go on tour, beginning at their first date spot in Chicago

As of Sunday no arrests were made.

The family has started a fundraiser to supports the mother’s funeral.

“This is my daughter Kimfier Miles, the mother of three beautiful little girls. She was 29 years young, hardworking, and dedicated to taking care of her children, “ reads the fundraiser.

“She never missed any family events nor was she shy of helping anyone she could. On June 12, 2021, my daughter’s life was taken on the south side of Chicago while enjoying a nice summer evening. This act of senseless gun violence has left her 3 girls hurt, heartbroken, and motherless. Unfortunately, she didn’t have any insurance and we’re asking for any financial assistance to help with her funeral expenses. We’ll appreciate any donations and will be forever grateful. Thank You all in advance.”

At the time of publication, the fund reached nearly $6k of its $10k goal.