MacKenzie Scott, the billionaire philanthropist and ex wife to the richest man in the world Jeff Bezos, recently donated $2.7 billion to an array of charities.

In a blog post she wrote on Tuesday, Scott revealed she hopes to help empower marginalized voices and “de-emphasize privileged voices.” But despite the large gift, some are skeptical of her generosity.

“People struggling against inequities deserve center stage in stories about change they are creating. This is equally — perhaps especially — true when their work is funded by wealth. Any wealth is a product of a collective effort that included them. The social structures that inflate wealth present obstacles to them. And despite those obstacles, they are providing solutions that benefit us all,” wrote Scott in the blog post. 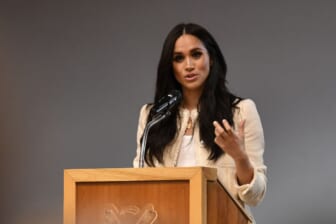 “Me, Dan, a constellation of researchers and administrators and advisors — we are all attempting to give away a fortune that was enabled by systems in need of change. In this effort, we are governed by a humbling belief that it would be better if disproportionate wealth were not concentrated in a small number of hands, and that the solutions are best designed and implemented by others,” she wrote.

After divorcing Bezos in 2019, she married Dan Jewett— a Seattle science teacher– earlier this year. After her divorce from the Amazon founder, she became worth almost $60 billion and has a 4 percent stake in the company.

But the billionaire’s critics said she should be more transparent about how the organizations receiving donations are selected and that the randomness isn’t good. A historian of philanthropy and executive director at the Miami Institute for the Social Sciences raised her concerns to Bloomberg.

“The public deserves to know how and why certain organizations are getting funding,” said Maribel Morey considering the amount is so grand.

In conclusion of the blog post, Scott said the organizations were chosen based on its mission.

“We chose to make relatively large gifts to the organizations named below, both to enable their work, and as a signal of trust and encouragement, to them and to others,” she added. 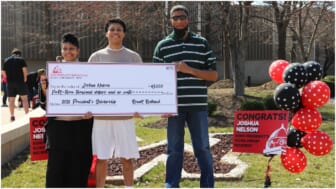 “In July and December of 2020, these 286 teams were selected through a rigorous process of research and analysis. These are people who have spent years successfully advancing humanitarian aims, often without knowing whether there will be any money in their bank accounts in two months. What do we think they might do with more cash on hand than they expected? Buy needed supplies. Find new creative ways to help. Hire a few extra team members they know they can pay for the next five years. Buy chairs for them. Stop having to work every weekend. Get some sleep.”