Colo. newborn requires 13 stitches on face after being cut during emergency C-section

Kyanni Williams was supposed to be delivered via natural birth at Denver Health, but her mom's labor was induced

A couple in Denver, Colorado was traumatized when the birth of their newborn required an emergency cesarean section, resulting in a cut to the baby’s face that required 13 stitches.

Damarqus Williams said the injury to his newborn daughter’s face is “upsetting” because “she’s not comfortable,” according to local Denver station KDVR.

Kyanni Williams was supposed to be delivered via natural birth at Denver Health in mid-June. The infant’s mother, Reazjhana Davis-Williams, told KDVR her birthing team gave her a pill to accelerate her labor, “and a few minutes after that, I was being rushed into an emergency C-section,” she said. 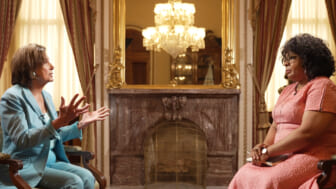 “They said our baby made a sudden movement, and they couldn’t hear her heartbeat or find it, and they took her into an immediate C-section,” Damarqus Williams agreed.

The couple said they were told that Kyanni’s face was close to the placenta wall, and she was cut in a medical accident and required 13 stitches. A plastic surgeon put the stitches on the newborn’s face.

The entire ordeal has left the Williams family with questions and concerns.

“I tried to be understanding about what happened, but on top of the fact that her face got cut and a plastic surgeon had to come do it, there’s just a lot of things I’m not understanding with the C-section,” said the baby’s mother. “I’ve never heard of anybody having to deal with their baby’s face looking like this after a C-section.”

According to a study from the National Institutes of Health from 2006, skin laceration is the most common injury in a cesarean section, but it is still quite rare. Only 0.7 births out of more than 37,000 results in a laceration. 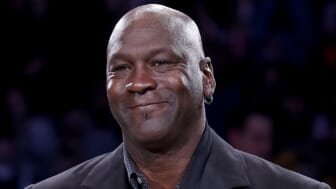 The family has set up a GoFundMe page to support a legal case against the hospital.

“Denver Health has been in touch with the family directly,” agency officials said in a statement released about the incident. “While this is a known medical complication in emergency C-sections, our focus is always on providing care in the best interest of the mother and child. At Denver Health, the safety and well-being of our patients is our number one priority.”