"Any appointment of Ms. Hannah-Jones without tenure is unacceptable."

The legal team for Nikole Hannah-Jones has fired off a letter to UNC-Chapel Hill this week noting that she will not begin her position as Knight Chair in Race and Investigative Journalism on July 1, as scheduled, without tenure.

Hannah-Jones, creator of the 1619 Project, does not intend to withdraw her application for tenure — nor has she accepted the university’s offer of a five-year fixed-term contract.

As previously reported by theGrio, the University of North Carolina at Chapel Hill has reneged on a tenured position it offered the Pulitzer-winning journalist amid backlash from conservatives over the 1619 Project. Instead, the university is offering Hannah-Jones a fixed 5-year appointment, as reported by NC Policy Watch.

Previous Knight Chairs at UNC have been hired with tenure. 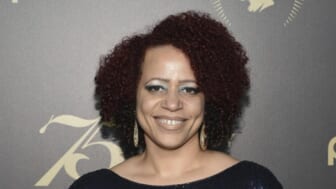 One of the loudest opponents to her tenure position, and the most influential warning against the hire, is millionaire mogul Walter Hussman. He donated $25 million to the journalism school named after him.

Hannah-Jones’s legal team notes in the letter to UNC-Chapel Hill that “political interference and influence from a powerful donor contributed to the Board of Trustees’ failure to consider her tenure application,” they wrote.

“In light of the information which has come to her attention since that time, she cannot begin employment with the University without the protection and security of tenure.”

Hannah-Jones reportedly intends to move forward with legal action to challenge the UNC Board of Trustees‘ blatant discrimination.

“Under these circumstances, any appointment of Ms. Hannah-Jones without tenure is unacceptable,” the letter stated.

Students, faculty, and alumni have condemned the board’s failure to hold a tenure vote lead, TheWrap reports, noting that “The university has reportedly lost several high-profile Black candidates, faculty and staff members amid the controversy,” the outlet reported.

Several Black students have allegedly refused to come back to school this fall amid the scandal. According to the Carolina Black Caucus, a majority of the board members are considering leaving the university.

“At the end of the month the tenure of some board members is up and some new ones are going to come onto the board,” one trustee said. “I think they just want to let that happen, so they don’t have to deal with it. But I think that strategy could cost the school a good new faculty member, it is costing us faculty members right now who are leaving over all of this, and it is damaging the reputation of the school.” 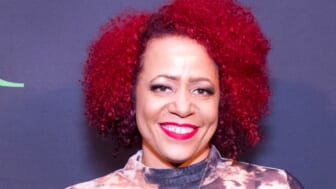 “But this letter makes it clear she’s not going to begin the job that way and give them what they want on that,” the trustee said. “They want her to take the job under different and lesser conditions than her white predecessors did, and I think continuing to push that is dangerous for the university’s reputation and it’s a bad legal strategy.

In an open letter to the Carolina community, Mimi Chapman, chair of the school’s faculty, describes the national attention on Hannah-Jones’s tenure as a “reputational threat to our University grows by the day and we remain in the headlines for all the wrong reasons.”