Last week a trailer was dropped for the upcoming thriller Karen which takes the threat of white fragility to frightening new heights. But now the film’s director is responding to accusations that the project is just a blatant rip-off of Jordan Peele‘s 2017 box office hit Get Out. 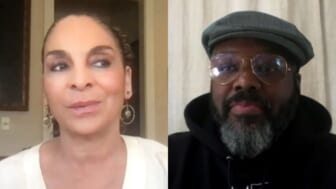 In that film, a Black man (played by Oscar-winner Daniel Kaluuya) is terrorized by the white family of his girlfriend after he travels to their country home to meet them.

Thursday, writer/producer Coke Daniels pushed back on the criticism saying they are two entirely different films and should be seen as such. His highly anticipated flick stars Orange is the New Black star Taryn Manning in the lead role of a racist, entitled white woman in the South who terrorizes her new Black neighbors – played by Cory Hardrict and Jasmine Burke.

The filmmaker concedes that both Karen and Get Out are thrillers centered around race but believes the similarities stop there.

“I don’t agree with the narrative that we ripped anything from Get Out, they’re two totally different films,” Daniels told TMZ. “Ours is about an entitled racist neighbor who tries to run the Black family out [of] the neighborhood [and] his is about a mixed-race couple that goes to visit and meet the family.”

Despite the heavy subject matter, many on social media first mistook the trailer to be a satire. But despite both the backlash and confusion about his motivations, Daniels said he “embraces” all of the conversations that have been sparked by his film’s trailer release.

He also gave Peele credit for paving the way for him, conceding that the director/comedian/writer/producer “kicked down the door” for him to make a project like this.

“Last year during the global pandemic and civil unrest, I — like many of us — felt anger, despair, and hopelessness. The overwhelming amount of support from people around the globe, who want to see change, has been such an inspiration,” Daniels previously explained, per theGrio.

“I felt a social responsibility to take on this role,” added Manning. “Even if I had to play the villain to affect change around the globe, then I was more than willing to step into the role. What’s been going on is devastating. It’s time for change and for me to be a part of the bigger picture, meant a lot to me.”

Manning also noted that she has thick skin and wants viewers to hate her in the film because that would indicate they’re open to change after generations of inequitable power structures.

While Manning may be stepping up to play the role of a ‘Karen’ on the big screen, in real life the popularity of that name has plummeted due to several years of ‘Karens gone wild’ incidents making headlines. 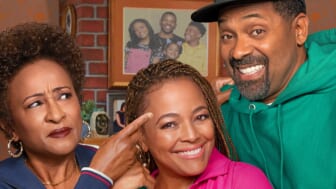 Also Read:
‘The Upshaws’ renewed for season two at Netflix

New data from the Social Security Administration suggests ‘Karen’ has fallen from grace with new parents in 2020, ranking No. 831 in popularity in the United States for female baby names last year. This is the lowest ranking the previously popular ‘Karen’ has had on the list since 1932.

There is no release date for the Karen movie as of yet.