“It has truly been a beautiful journey,” a joint statement from Blair Underwood and Desiree DaCosta read

After 27 years of marriage, Blair Underwood and his wife Desiree DaCosta are officially parting ways.

DaCosta filed for divorce on June 29, according to The Blast per legal documents they obtained.

This announcement comes about one month after they took to social media to share a joint statement on their marriage.

“After a tremendous amount of thought, prayer & work on ourselves individually & collectively, we have come to the conclusion to end our marriage that began 27 years ago,” the joint statement read on May 30.

Underwood and DaCosta married on September 17, 1994, according to The Blast. 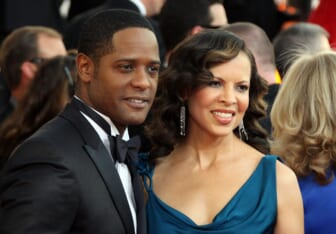 Also Read:
Blair Underwood and wife call it quits after 27 years of marriage

The joint statement continued to share their journey with their supporters.

“It has truly been a beautiful journey. Our proudest achievements are our three incredible children. Three souls to which God entrusted us. We continue to be awed & humbled by the blessings of parenting. We have always put their best interests first & will continue to do so,” the statement read.

They went on to speak positively about where they are headed regarding their relationship.

“We will continue to be the best of friends and co-parents and have the utmost respect for one another as we embark upon this new chapter of our lives, separately,” the statement read.

The former couple’s three children include their sons, 24-year-old Paris and 19-year-old Blake, and daughter Brielle, who is 22 years old, according to Entertainment Tonight.

In conclusion of their statement, Underwood and DaCosta thanked all their supporters and requested some space during this time.

“We thank you all for your support throughout the years & we humbly ask for privacy & understanding during this new season of change.”

“Could not be more proud of my “one & only daughter,” Brielle for graduating from USC yesterday! Such a long march but worth every step! Wouldn’t have missed it for the world! #GirlDad #prouddad #TheFutureIsNow #FightOn,” he wrote on Instagram.

As theGrio previously reported, Blair Underwood spoke about his relationship with DaCosta in a 2008 interview with Oprah.com, during which he noted how she taught him that he “needed to hear her when she spoke to me.”

“As a man, it can be confusing to know what role to play. There I was, with the woman I would soon marry, trying to jockey for position in her life. What did it mean to be her significant other? That night, I understood that it meant I needed to hear her when she spoke to me,” he explained.

“Trying to come up with ways to solve her problems gave me a false sense of control, and when I offered up unsolicited advice, I was disrespecting a strong woman who knew how to handle her own life. I was relieved as well; she didn’t expect me to always have an answer for her. She wasn’t coming to me for a repair. She just needed a shoulder to cry on,” Underwood continued.

Meanwhile, Deadline confirms that there is an L.A. Law sequel starring Underwood in development at ABC. Underwood is set to reprise his role as attorney Jonathan Rollins, who “has gone from idealistic to more conservative as he clashes with millennial JJ Freeman to decide the best path forward for the firm to effect political and legal change.” 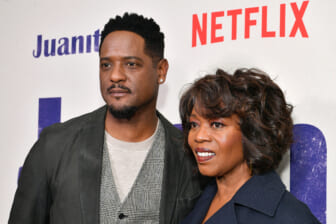 According to The Wrap, the reboot is said to see Underwood “alongside a new crop of young lawyers.” Marc Guggenheim will write and executive produce the sequel with Ubah Mohamed of Arrow and Legends of Tomorrow. Anthony Hemingway (director of Red Tails, the 2012 war film based on the Tuskegee Airmen) will direct, theGrio reported.

theGrio’s Jared Alexander and Ny Magee contributed to this report.