The Verzuz battle between R&B royalty thrilled thousands on social media — and appeared to keep one competitor abuzz too.

Last night’s Verzuz with R&B royalty Bobby Brown and Keith Sweat thrilled thousands of social media users, who reveled in revisiting the hits from the 1980s and ’90s. But there was a lot more that viewers enjoyed about this particular Instagram matchup — and its centerpieces certainly seemed to enjoy themselves as well.

Her tweet was one of many that kept Twitter abuzz with hilarity. Desus & Mero hosting half Desus Nice wrote, “Keith about to take his shirt off and fight someone in the parking lot when the party done.”

At one point in the battle, Sweat told DJ Cassidy he would have robbed him “back in the day,” which prompted Nice to add, “Keith sweat robbed some of your uncles back in the day and they texting u right now like ‘nobody trying to watch that nonsense.’”

Sweat used a line from Drake’s “All Me” to bring in his hit single, “Make It Last Forever.” And Black Twitter was here for it.

“I’m crying because I definitely had Keith playing Drake’s ‘I’m the light-skinned Keith Sweat I can make it last forever’ on my Verzuz bingo card,” Sylvia Obell tweeted. “I’m so glad he did it before playing the song.”

Sweat accused Brown of cheating by playing his songs with New Edition. “Bobby cheating with the New Edition catalog…. Lol! Keith gotta pull out the LSG slaps now,” DJ Era wrote. And he did — dropping “My Body,” his big 1997 hit with his supergroup alongside the late Gerald Levert and New Edition member Johnny Gill.

While there were a few viral moments during the “drunk uncle Verzuz,” there was definitely a lot more celebration about seeing these two legends alive, well and still performing. 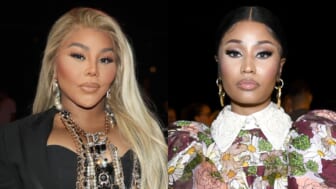 A Twitter user wrote: “Bobby Brown seen and been thru more than most ever will in their lives so I’m so beyond happy he got this moment to feel the love from the world for his iconic contributions to music!! And salute to the King Keith Sweat for comin thru and showin out!!

“This #VERZUZ was everything!!!” another gushed. “Salute to the Kangs of R&B, Bobby Brown and Keith Sweat. Living Legends!!!”