Social media chef Darius Cooks accused of being a crook

The food blogger — who has more than 1 million followers on Facebook — is being accused of stealing recipes from lesser-known chefs, as well as fraud and even assault.

There had been some quiet allegations against Williams for over a year from fans of his on Facebook, who accused him of not sending cookbooks that they ordered or refusing to refund tickets to his private Dining with Darius dinner parties, which have been frequently scheduled then canceled. These incidents earned Williams multiple complaints against him filed with the Better Business Bureau. 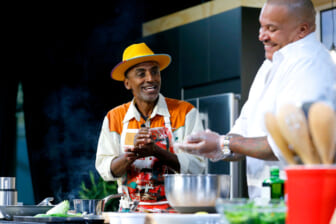 But last week, major accusations from a popular fellow chef have gained steam and turned the tide of his fan support. Private chef and cookbook author Angela Davis, known as The Kitchenista, shared a lengthy post on her Instagram page last in June.

After being accused of manufacturing charges of misconduct against Williams, she detailed many of the accusations against him.

On June 24, Davis wrote that in addition to BBB complaints, Williams has “dozens of active lawsuits and liens.” She noted the chef has several allegations of unpaid wages from several employees of his three now-closed restaurants, Soul Crab Atlanta, Soul Crab Chicago and Greens and Gravy, also in Atlanta.

One commenter tweeted her support of Davis. Kiara Ross worked as a server at Williams’ Soul Crab restaurant in Atlanta. She ultimately filed a police report against him for assault after confronting him about her back pay.

According to Southern Grit magazine, Ross wrote, “I just wanted my money. This is two years ago. I don’t know Angela. I started going through the thread and I wanted to tell my story. I’ve been sitting on it for so long and it has to stop. I didn’t know how much it triggered me until now.” She has since set her Twitter account to private. 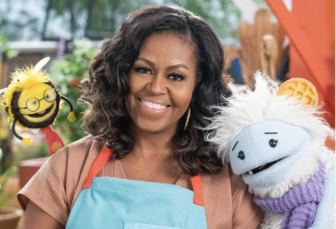 “I got messages on Twitter about Fresh2Go,” a delivery-service business of his in which she’d invested, Anderson said. “There were complaints that people had given their credit card information but no delivery; they reached out to me because he was on my show. I called him to ask what was going on and he hung up. I called back and he never picked up again.”

“Hopefully people that do business with him will research him,” she continued. “When you add up everything, he took an opportunity and ruined it. At every turn, he’s choosing to be dishonest, and I hope he stops.”

On Tuesday, Anderson, the co-host of The Kitchen, tweeted about the bombshell report, writing, “Read this then follow @TheKitchenista for more details and receipts. Let’s amplify this story… this guy is gross and I’m so sorry I put him on my show years ago. Worth a read and a RT.”

TheGrio reached out to Davis for comment but has not received a response as of press time.