We already know veteran journalist Nischelle Turner as a host of Entertainment Tonight, but now she’s adding producer to her long list of talents.

Her latest project, Secret Celebrity Renovation, premieres July 9 on CBS and it’s sure to lift your spirits with some mind-blowing surprises.

The series will be 10 episodes featuring some of our favorite stars, including Anthony Ramos, Chris Paul, Emmitt Smith, Paula Abdul, and Eve, among others. Each week, celebs will surprise someone special in their lives with a home renovation with the help of Jason Cameron (Man Cave, While You Were Out) and interior designer Sabrina Soto (Design Star, Trading Spaces). 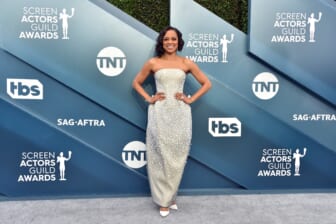 “This is the first time that I have been able to really have a hand in the stories that are being told, whose stories we are telling, what people at home are consuming, what it looks like, and it’s so amazing, especially in this time and space,” Turner told theGrio’s Cortney Wills.

“To know that you can really help shape a very positive narrative as well on television— because we’re in a bananas world right now where every time we turn around something wild is happening. So to know that I’m also part of the producing team of a show that has goodness from start to finish just really warms my heart.”

Turner had no problem getting celebs to sign on for the series. In fact, most of them were down for the idea as soon as they heard about it.

“You’re going to their homes, you’re meeting their parents, you’re having meals with them, you’re going to game night, card night at their house with them…So seeing all of these things happen and play out in front of you and the celebrities really being vulnerable in ways that we haven’t seen them.”

According to Turner, the celebs weren’t afraid to get their hands dirty when it came to putting in the work to show their love and gratitude to their very own hometown heroes.

Even though we won’t get to see Turner herself getting in on the action this season, she already knows who she would love to honor with a home renovation if given the chance.

“Oh, that’s a no brainer; I’d give to my mama,” she says. “I grew up on a pig farm, a farm in Columbia, Missouri. My mother still lives in that house we grew up with.” 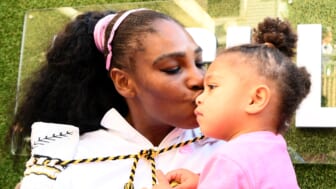 She continued, “Growing up, you think your house is so big. I grew up in 1,300 square feet and I thought we lived in a mansion. You go back now and I’m like, ‘I can barely fit through the doors.’ But she’s also one of those women who was like, ‘I don’t wanna leave. I’ve lived here my entire life. I’m not going anywhere.’ So I would love to renovate the farm. I’d love to go out to the country and do some fun stuff.”

The show kicks off with Emmy-winner Wayne Brady who returns to his roots in Orlando, Florida, to give his Aunt Lilly, who helped raise him and set him on the path to success, the home makeover of her dreams.

Check out the interview above and tune in to the series premiere of Secret Celebrity Renovation on July 9 at 8/7c on CBS or stream it live and on demand on the CBS app and on Paramount+.