The singer is already being charged for organizing a criminal enterprise to allegedly help him recruit women and girls for sex and pornography.

Prosecutors are aiming to get the evidence of these uncharged crimes admitted ahead of Kelly’s upcoming sex trafficking trial which will happen in October of this year. They believe that the jurors in this case should hear these claims.

Jury selection for the case will start on August 9 in a New York federal court. 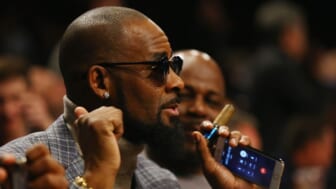 The filing submitted by prosecutors includes 20 Jane Does and two John Does, who were both under the age of 18 at the time.

One of the new allegations made by prosecutors is that Kelly initiated a sexual relationship with a 17-year-old boy he met at a Chicago McDonald’s, whom he also directed to have sexual encounters with other people.

The 17-year-old is also to said to have introduced him to the second John Doe, a 16 or 17-year-old boy, that Kelly also allegedly tried to sexually abuse. Prosecutors allege that when the sexual relationship started several years later, Kelly would coerce many of his girlfriends and an underaged minor girl, to have sex with the second John Doe. They also claim that many of these encounters were video recorded by Kelly.

Allegations of Kelly recording the sexual assaults of his victims has become a common theme in the litany of accusations against him that date back to the early 1990s. 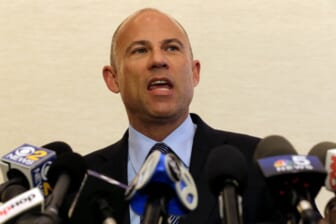 The filing also details a number of bribery schemes.

The first dates back to the mid-1990s, where Kelly allegedly had one of his associates pay an Illinois state employee to create a fake ID for the late singer Aaliyah, who was 15-years-old at the time.

Prosecutors allege that Kelly believed that he got the teenager pregnant and needed to marry her so she would not be forced to testify against him in court.

The two eventually got married in August 1994 and Aaliyah died in a plane crash in 2001.

Following the release of the exposé docuseries Surviving R. Kelly in early 2019, Kelly is also said to have allegedly asked two people who “know a lot” about him, how much money they needed in order to not speak out against him. During that same time, the court filings allege that his “crisis manager” told him he paid a clerk in Illinois $2500 and had given them a burner phone to relay information back to Kelly’s team.

Rounding out the new allegations, prosecutors also state that they have video and audio recordings of Kelly verbally and physically abusing women. They also allege to have evidence of him falsely imprisoning victims.

Kelly remains in prison in Brooklyn and has maintained his innocence.