A southeast Wisconsin police officer is under investigation after being caught on camera appearing to plant drugs in a Black man’s car during a traffic stop Saturday afternoon.

A man who goes by Glockboy Savoo posted a now-viral 16-second video on Facebook in which a police officer appears to toss a small plastic baggie into the back seat of his car while the vehicle appears to be pulled over on the side of a road. The officer then pulls out rubber gloves as if to begin searching the vehicle.

“First time ever seeing a cop try to throw sum on me just to get reason to search the car…he ain’t even know I was recording…you can tell he was nervous,” Savoo wrote in the caption of the video, which currently has over 671,000 views and over 6,900 comments.

Savoo and the officer have a short back-and-forth before the video abruptly cuts out:

“Ay bro what’s that?” Savoo asked after the cop appeared to throw the items in his car.

“What’s what?” the officer replied.

“What you just threw in here,” Savoo said. “I got you on camera bro.”

“I got you on camera, we’re all good,” the officer said.

Savoo turns around in his seat to point his camera at the items in the backseat of his car. “Ay bro you just threw that in here!” he said.

A voice off-camera that seems to be the officer’s replies “Yeah.” 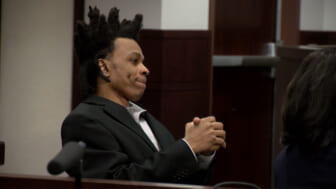 Also Read:
Life in prison is sentence for Florida man who went viral for courtroom defense after double killing

The officer has not been officially identified, but journalist Tariq Nasheed alleged on Twitter that the name of the officer in the video is Matthew Gorney.

Caledonia Police Department Chief Christopher Botsch responded to the allegations Saturday also via Facebook, saying the department is taking the matter “very seriously” and investigating the incident within the department.

He added that video from body-worn cameras as well as dashboard cameras are being reviewed.

“The complete review will take some time, but I have reviewed portions of the body-worn camera video. Please keep in mind that the cell phone video that is circulating depicts only a small portion of the entire encounter; whereas, all available video may provide more context,” Botsch wrote.

“The Caledonia Police Department believes strongly in transparency; therefore, all body-worn camera video will be made available within the coming days,” he continued. “Please be patient, as there is a lot of information to review.” 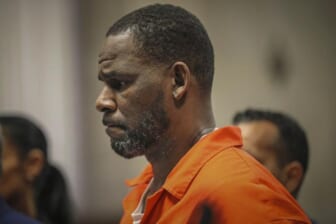 Savoo posted a video to his Instagram Story in which he identifies himself as a local rapper from Racine Wisconsin, and confirms he is the person in the video and is not currently behind bars.”

“I am okay, I’m not locked up,” said Savoo, who goes by @tksavoo on Instagram. “I was detained for a little while and they talked about investigation. I am the guy you see going all over the internet…with the police trying to throw the bag in my car.”

He added that he is taking legal action, has already contacted lawyers and is sending the video to various news articles.

Users on Twitter had strong reactions to the video, which continues to make its way across various social media platforms.

“This scary af tbh. . Like just being a great civilian, never did drugs, get pulled over one day, police plants some drugs in your car and now you screwed forever. . He should send that to everyone in his phone just in case they try to delete it,” said one user.

“What’s the penalty for cops that are caught doing that? Slap on the wrist? They should get serious time for that,” said another.