Good for Jodie-Turner Smith, but women should not be proposing to men

OPINION: While Jodie Turner-Smith may have proposed to actor husband Joshua Jackson, it's important for a man to demonstrate his devotion and commitment to a woman. 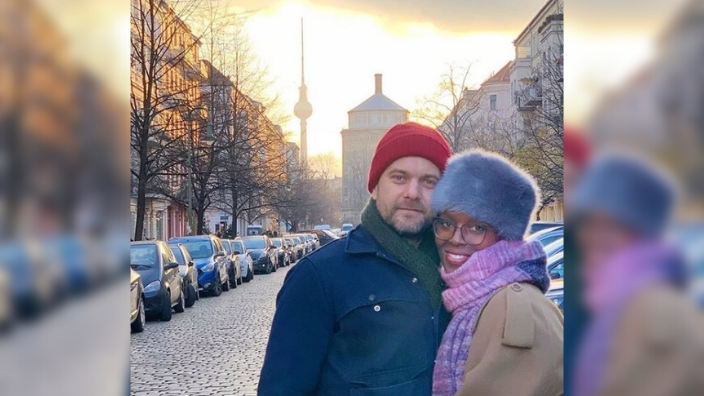 I recall the moment I proposed to my wife like it was yesterday. We were in Paris at dinner. I had the ring in my pocket. I was so nervous I drank a whole bottle of wine as we ate. After dessert, I asked her to walk out onto a little patio that gave us a direct view of the Eiffel Tower which seemed to be shimmering under the stars.

Then, as she was looking up at the sky, I got down on one knee and recited a short speech I’d planned about how much I loved her, and I said will you marry me and I pulled out the ring. After a long moment of silence, she said yes. It was a really special moment where she felt loved and affirmed and wanted and chosen and confident that I wanted to be married to her.

That’s our story and it’s special to us even though in so many ways it’s typical and cliché. But I was following the ritual which I had been told was part of becoming a man — find a great girl and propose to her. Getting married as the next step in adulthood.

But what if she had proposed to me? Would it have meant the same thing for me as a man?

Recently, a bit of controversy was sparked when people learned that actress Jodie Turner-Smith, most memorable for her unforgettable performance in Queen & Slim, had proposed to her husband, actor Joshua Jackson. I’m glad that my sister Jodie found happiness and I congratulate her transition into marriage but what would I have said if Jodie, or, a better example, my girlfriend, had proposed to me? 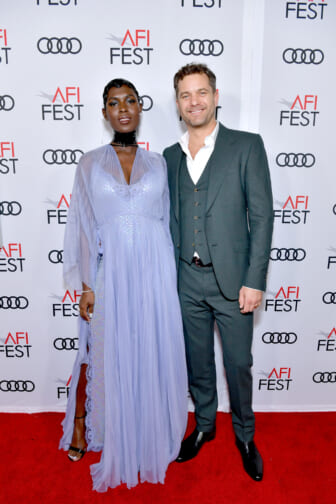 Also Read:
Jodie Turner-Smith proposing to husband is an empowering lesson for women

If proposing to a woman is part of becoming a man, then what does it mean if she proposes to him?

Very few women propose to men — the wedding planning website The Knot‘s recent poll found 97% of proposals come from men. But in a world where gender barriers are being broken down all the time — yay Vice President Kamala Harris —where it’s not abnormal for a woman to make more money than her partner, where men are OK with women making the first move, how do we feel about the very gendered job of proposing marriage being taken by women?

I just did a Twitter poll of men — would you be OK if your girlfriend asked you to marry her — and a poll of women — would you ask your boyfriend to marry you? This is obviously unscientific but around 200 men voted and 77% said it would be fine if a woman proposed to them. But about 130 women voted and 54% said no, he should be the one to ask. That says to me that many men are willing to give up the responsibility and would be OK with being asked but a majority of women continue to insist that he do the asking. 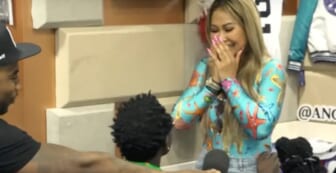 I am not with the majority of the men. I have to be honest — if my girlfriend had proposed to me that night in Paris I would have felt grateful and honored, but I would have gently said I’m so glad you want to get married, give me a second to get a ring and let me propose to you. I feel like that’s something that the man should do. I’m comfortable with breaking down a lot of hoary gender norms but I feel like when it comes to a proposal, the woman should be asked so she can feel chosen and wanted, and the man can demonstrate his devotion to her and show his commitment to their union by kneeling before her and giving her a beautiful ring and making her feel special and loved and part of a fairy tale.

There’s something valuable in starting the movie that is marriage by affirming that she is loved. So many women want their men to give them a sense of security and the man who’s willing to go through the ritual of proposing is starting the rest of his life with a pledge to take her and their relationship seriously. Obviously, getting down on one knee doesn’t mean he’ll be there forever, but if he puts in the time and effort to ask her in the traditional way that shows that he’s aware that there’s traditions that he should respect, there are parts of this thing called marriage that are bigger than him.

I don’t think it’s a contradiction to want gender barriers to break down in professional spaces — to want women and men to be treated and paid equally in offices, in government, in the military, in sports, in academia — but to also think that in romantic spaces there are still some gender roles we should hold on to. A couple’s dating tango generally begins with a series of dates that are paid for by the man as a way for him to demonstrate how much he wants to be around her — he likes her so much he’s willing to pay for everything. It’s a sign of respect.

In return, he gets another chance to see her because men know that not paying for a first or second date could end their chance of getting another. The dating stage begins with him paying for everything and it should end with one last grand gesture where he pays for the ring and he humbles himself and he asks her if she will move forward into marriage with him. In another era this was part of her not having power — she was moving from her father’s responsibility to being her husband’s — but in the modern era I feel like making the man ask her to marry him is about giving her the power to choose whether they will move forward together.