Exclusive: 'The Real Housewives of Potomac' star says her upcoming album has 'R&B' vibes and teases another music video on the way

The women of Potomac are back for season six, and no one is enjoying a fresh start more than fourth season housewife, Candiace Dillard Bassett. 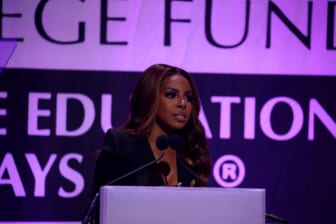 The real housewife has officially released her music video for her latest single “Drive Back,” talking to theGrio about her new music and what parts of her creative process fans will see this season.

So much has changed since fans first met Candiace in season three of The Real Housewives of Potomac. Since joining the show, she married her husband Chris Bassett, has been featured on Netflix’s Family Reunion series and is now in the process of launching an exciting music career.

Now, fans are finally getting a taste of the singer’s upcoming album as she officially dropped her new music video for her song, “Drive Back.” Featuring slick choreography and some surprise faces, the video already has over 50K views on YouTube.

At Bravo’s Tea Time on the Potomac premiere event in July, Bassett told theGrio all about the music she is about to release.

“It’s definitely R&B vibes! First of all, it’s really important for me that I pay my dues as an artist. I am a freshman in the industry, and I am embracing that.”

Bassett is not the first real housewife in the franchise to release music. As fans may remember, Kim Zolciak-Biermann‘s “Don’t Be Tardy for the Party” and Kenya Moore’s “Gone With the Wind Fabulous” have become signature songs in the fandom, but Bassett is shooting even higher.

“I really want people to respect my music and to take it seriously,” she shared. “I put a lot of my heart and blood, sweat and tears into it, and I’m excited for fans to see that journey and see a different side of me.”

Bassett is known for shedding a tear or two on the show, with fans creating memes in tribute to how often she uses a folded napkin to dry her tears. While she says she is “still crying” this season, this time she’s “crying through song.”

Season five was a particularly challenging season for Bassett as the main storyline was the fallout between her and former housewife Monique Samuels.

The music, she shared with theGrio, helped her process and heal.

“I really was able to use the tumult of last season and put it into my music in this season of my life. I’m excited for you guys to see me go to the studio, writing…we shot two music videos in one week!”

Released on July 18, the music video for “Drive Back” features Candiace getting frustrated with her romantic partner when he flirts with a waitress in front of her.

Dancing and singing through her frustrations, the video follows Candiace through the ups and downs of love and even shows her getting some support from her RHOP co-stars. 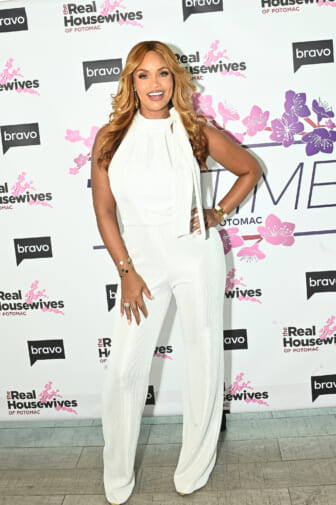 Noticeably absent is Ashley Darby, who has not seen eye to eye with Bassett on multiple occasions in seasons past.

“I have some special guests that show up in the video, but not everybody…” she told theGrio. “Everybody ain’t worth it, chile!”

The Real Housewives of Potomac airs Sundays at 8 p.m. on Bravo.