A West Memphis, Arkansas family is in mourning after COVID-19 complications took the life of an 11-year-old girl on Monday.

When Jordyn Franklin woke up on July 30 with typical cold symptoms, her mother Caylenn Franklin said she did not initially suspect her daughter had contracted COVID-19. Jordyn’s aunt, Kristen Clark, told WREG-TV the family had been enforcing safety precautions for their daughter, who had type two diabetes.

“Wearing the mask, using hand sanitizer, doing the best that her parents could do for her,” Clark said.

Her mother scheduled a doctor appointment for Monday, but went into her daughter’s room that morning and found her unresponsive, Clark told the Arkansas Democrat Gazelle.

“Her eyes started rolling to the back of her head. We called 911. The ambulance came, and it took them 5 to 10 minutes to get her stabilized,” Clark said. “They did CPR, and once they got to the hospital they called in a helicopter to fly her to Le Bonheur [Children’s Hospital].” 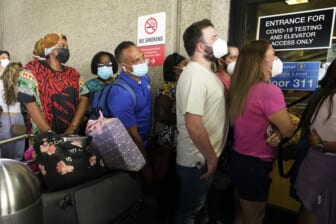 Jordyn died “within hours from being at the hospital,” Clark told WREG. “Matter of fact the helicopter was called, had already landed and they were in the process of trying to get her stabilized to make it to Le Bonheur,” she added.

“They tried everything they could. Her brain went without oxygen for 10 minutes,” Clark told the Gazelle. “From start to finish, it all only took maybe an hour and a half. I think that’s where my family is having such a hard time understanding. An hour and a half. It was a nightmare, and a blink all at the same time.”

Jordyn was pronounced dead at 1:15 p.m. Monday. Clark said the family is in “shock” after the sudden loss.

“[It] still doesn’t seem real,” Clark said. “It seems like this has just been a complete nightmare.”

The cause of death was determined to be COVID-19 complications, along with morbid obesity and diabetes, said Crittenden County Coroner William Wolfe. Clark said Jordyn was not vaccinated for the virus as she was “under the age of 12.”

Jordyn was a joyous child and a standout student at her school, Jackson-Wonder Elementary School in West Memphis, Clark said. 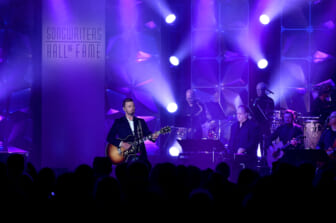 Clark said the family is grateful for the many condolences and messages of support they’ve received, and urged families to continue taking the necessary safety precautions.

“It’s real, it’s real,” she said. “I do believe that everyone still needs to follow the guidelines, keep your distance, wear the mask and do everything that you possibly can do to keep you and your loved ones safe. Hold your loved ones tight and just know that it can happen to anybody, at any age, at any time.”

“I will never be alone because I know she will be our guardian angel,” Clark added.