Four men have been charged with the 2011 murder of the nephew of late Maryland Congressman Elijah Cummings.

Christopher Cummings, 20 was killed on June 10, 2011, in Norfolk, Virginia. The college student was found dead in a home when police responded to reports of gunshots. His roommate at Old Dominion University, Jake Carey, was wounded but recovered from his serious injuries.

“For more than a decade now investigators have been relentless in their efforts to solve this case,” said Norfolk Police Chief Larry D. Boone in a statement, noting “they have followed up on every lead necessary to ensure the Norfolk Police Department was able to deliver justice to both the surviving victim and to the Cummings family.”

Boone did not comment on what evidence finally led to an arrest in the case. 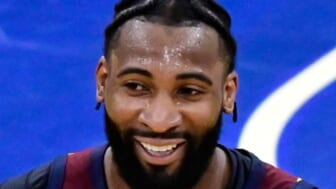 The slain young man’s father, James Cummings, expressed relief that the suspects had finally been apprehended.

“While my son is lying cold in his coffin, these guys are out there running the streets, so it’s good to have them off the streets,” he said.

Two months after the murder, Rep. Cummings pleaded with the public to help find his nephew’s killers. “Whoever the persons were that did this, believe me, will do it again,” he told WVEC in August of 2011. “You don’t kill somebody that viciously and not do it again.”

The powerful Maryland congressman died in October of 2019, succumbing to longstanding health issues at 68 years old.

As chairman of the House Oversight and Reform Committee, Cummings led several investigations into then-President Donald Trump, who later criticized the representative’s district, which includes Baltimore, calling it a “rodent-infested mess” where “no human being would want to live.”

Cummings’ response contended that “those in the highest levels of the government must stop invoking fear, using racist language and encouraging reprehensible behavior.”

After his death, there was talk that the congressman’s widow, Maya Rockeymoore Cummings, or his longtime staffer, Harry Spikes, would run to fill his seat. Ultimately, former NAACP chairman Kwesi Mfume was elected. 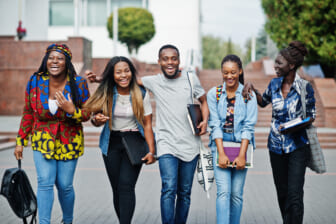 Christopher Cummings and Carey were visiting a home when they were shot, and authorities have indicated the house may have been burglarized earlier that day.

In an interview with WAVY, James Cummings said, “After 10 years, this is really a great day for us because we can’t bring our son back, but at least we can make progress going forward.”

“I’m kind of on the cusp of crying and being extremely happy at the same time,” Carey said of the four men’s arrests. “It’s kind of hard to tell how I really feel. I have mixed emotions. [Police]’ve done a great job, and even though it did take a long time, I’m glad that justice has been served, and these people have been found and caught.”