A Black man in Memphis was fatally shot at a gas station by a white security guard who allegedly killed him over the victim’s loud music. 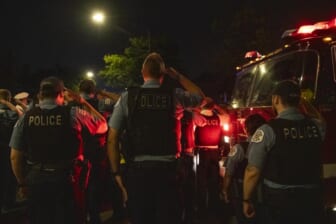 Alvin Motley Jr., 48, was at the Kroger Fuel Center at 6660 Poplar Ave. on Saturday when he got into a dispute with a security guard while filling up. According to Memphis police, the argument was over the victim’s loud music.

Motley’s family said he was simply exercising his right “to pump gas and play his music,” but security guard Gregory Livingston, 54, didn’t see it that way and allegedly shot Motley in the chest, ABC News reports.

Motley, a Chicago native who was visiting family in Memphis, was pronounced dead at the scene.

Livingston was arrested and charged with second-degree murder and is currently jailed in lieu of $1.8M bail, as reported by Action News 5. His next court date is set for Aug.16.

Sadly, the victim’s father says he has a heart full of forgiveness for his son’s killer.

“My God says to forgive so I forgive this man, but I want him punished to the fullest,” Motley’s father said at a press conference this week.

“He wasn’t violent at all,” the grieving father said. “I just want justice for my son.”

Prior to speaking publicly to reporters, Crump issued the following statement:

“My heart breaks for the Motley family as they grieve the tragic and preventable loss of Alvin. Kroger and companies that employ security have the ultimate responsibility to train and equip their employees and contractors on de-escalation techniques, similar to the training we’ve been advocating for law enforcement officers. There is no reason that a Black man trying to gas up his car should lose his life because his music was louder than what a security guard prefers. There is no question in my mind that this crime was racially motivated and a white person playing loud music in similar circumstances would be alive.”

An investigator with the Shelby County District Attorney General’s Office moonlights as a security guard for Allied Universal Security and was hired by Kroger to provide guards for the store, per NBC News.

According to the DA’s office, Shelby County District Attorney Amy Weirich announced Thursday that the potential conflict of interest prompted her to turn over the case to a special prosecutor.

“Today I learned an investigator in this office had an off-duty job with Allied Security and might be a witness in the prosecution of Gregory Livingston. The investigator has been put on leave without pay for failing to notify me of this immediately,” according to a statement released by Weirich.

“I do not want anything to cast a shadow over the pursuit of justice so I am recusing our office. I have spoken to Mr. Crump, the family’s attorney, and have asked the District Attorney’s conference to appoint a special prosecutor.”

Allied Universal Security said Livingston was hired through a third-party contractor, per the report.

“Everyone at Allied Universal extends our deepest sympathies to the family and friends of Alvin Motley, who was tragically killed in Memphis over the weekend. His loss is devastating,” the company said in a statement. 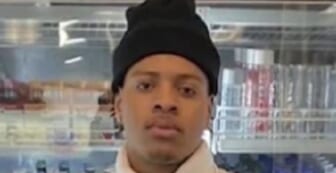 The company is reportedly cooperating with Memphis authorities and “will provide our full support to the prosecution of this matter to ensure that justice is served.”