EXCLUSIVE: Concerned mothers push back against the politicization of wearing masks in schools and share their thoughts on the COVID-19 vaccines

School-aged children are returning to the classrooms after a year of being in isolation due to a nationwide shutdown, all of this is happening while government officials grapple with how to teach them during a deadly pandemic. To make matters worse, the Centers for Disease Control and Prevention (CDC) is warning the American public of a new surge in COVID-19 due to the contagious Delta variant — and its hitting young children at higher rates.

In many states, especially those in the South, some children have already returned to the classroom and The American Academy of Pediatrics (AAP) is tracking the number of cases involving adolescents. According to the AAP, during the week of Aug. 5, there were close to 94,000 cases and that number rose 86% from the prior week.

Even with those numbers, however, eight states — Iowa, Utah, Arizona, Oklahoma, Arkansas, South Carolina, Texas, and Florida — have measures in place that ban masks in school. The situation in Texas and Florida is reaching boiling points between those parents who want their kids’ masks and those who don’t. 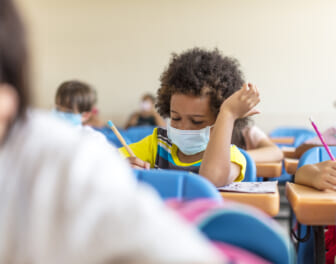 In Florida, Governor Ron DeSantis threatened to withhold funding from school districts that mandated masks and his actions forced several school boards to take the matter up with the court. The lawsuit accuses DeSantis of overstepping his power, adding that the prohibition on mask requirements violates the state constitution.

Janelle Khargie, a mother of two school-aged children in Tampa, thinks the political game is playing with her children’s lives.

“Every day I take them to school I feel like I have to pray over my children’s lives because I’m scared,” Khargie told theGrio.

The single mother of a 17-year-old and an 8-year-old decided that she wasn’t ready to get the vaccine and neither of her children are vaccinated, but she remains committed to keeping them safe and that’s why she is a strong proponent of wearing a mask.

“With these individuals who aren’t wearing a mask it does scare me but after a year of being schooled at home I had to make a decision on sending my kids back to school,” said Khargie.

Tiffany Jackson, also of Tampa, has two children who have returned to the classroom. “I have two types of children,” Jackson told theGrio. “We tried to do the online learning with my seventh grader but he needs a hands-on approach … but my high school daughter, she is able to get her work done without supervision,” Jackson added.

Like Florida, in Texas, Governor Greg Abbott is also using his power to restrict school districts from imposing mask requirements in schools. Pediatric cases in the state are also at an all-time high and for that reason, a number of school districts including Houston, the state’s largest city, joined both Dallas and Austin which have already issued mask mandates.

Even if mandates were not put in place by the local school boards it was non-negotiable for Fort Worth area parent Shalunda Corzine. “The governor’s decision to play politics with children’s health is not acceptable,” Corzine tells theGrio.

Mask requirements in schools have been met with opposition in districts where local leaders were implementing them. That’s no different in Fort Worth where a district court judge ruled in favor of a group of Fort Worth Independent School District parents, blocking the district’s face mask requirement for students and staff. The district said it would honor the ruling.

“Our kids have become a political football and parents I continue to talk with are upset, frustrated, and scared that they have to make the choice over sending their children to school or keeping them home,” Corzine said. 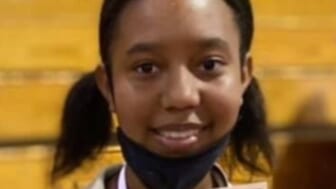 Corzine, who works in education and who also has been vaccinated, says everyone in her household including her husband and other child has been vaccinated. Her youngest son isn’t eligible for the vaccine because of his age (presently only children 12 and older are authorized to be vaccinated).

Meanwhile, Dr. Anthony Fauci, chief medical adviser to President Joe Biden, says that he expects COVID-19 vaccinations to become available to younger children in the coming months. In May, Fauci said that children as young as 4 years old would be able to get vaccinated by the time we reach the end of the 2021 calendar year and at the latest the first quarter of 2022.

“When that happens my son will be in line to get the vaccine because I do not trust people to make decisions that are in the best interest of my child because it has been demonstrated that they are more concerned about politics and not the safety of children,” said Corzine.

Jackson, of Florida, would rather wait for full FDA approval of the vaccine before she and her children are vaccinated. “I’m not a person who runs out and just get anything, I need to read and do more research to get a better understanding of what’s being injected,” said Jackson.

The same is being felt by Khargie, who admits she contracted the virus. “I still fill like I need more research on the vaccine,” she said, adding “with me contracting the virus I have the antibodies and I’m a supporter of making sure everyone is masked up.”

Throughout much of the pandemic, children have been at low risk of death or severe side effects from COVID-19. According to the CDC, 354 Americans age 17 and younger have died from COVID-19. However, over the last month, the Delta variant has overwhelmed hospitals with a wave of pediatric cases, particularly in conservative states with low vaccination rates.

The federal government so far hasn’t gotten involved but President Biden’s administration has offered its full-throated support for local cities and school boards in Texas and Florida that are defying orders by their Republican governors that prohibit mask-wearing mandates in schools.

Kelsey Minor, is a 2x Emmy-winning freelance journalist based in New York City. You can follow his work on Twitter @theKELSEYminor.