"I've been so loyal and transparent," Rose shared on Instagram, "but I haven’t gotten the same energy in return."

After years of silence, Rose posted a statement to her Instagram Story in which she implied that the music executive, with whom she shares a 22-month-old son, has been repeatedly unfaithful.

In a series of posts, she wrote, “I’m tired of getting cheated on and being embarrassed behind the scenes. All 12 of y’all bums (the ones that I know of there’s probably more) can have him. Y’all very much knew he was in a relationship with a baby and y’all decided to f–k him anyway I saw all the texts and DMs. Y’all were well aware but y’all don’t owe me any loyalty so it’s whatever.” 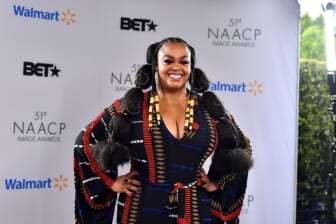 “I can’t be the only one fighting for my family anymore,” Rose contended. “I’ve been so loyal and transparent but I haven’t gotten the same energy in return. I’ll never say the girls names because I’m not in the business of ruining lives but y’all know who y’all are.”

“As for him…,” she continued. “The lack of loyalty and the disrespect is ridiculous and I’m done.”

Rose, 37, also wrote a post about her mother, Dorothy, calling her a “raging narcissist” and saying she “can get the f–k out of my life too. On my kids.” She posted that she had “been suffering in silence for a long time and I can’t take it anymore.”

In conclusion, Rose wrote, “I’ve been a shell of who I used to be but I refuse to let anyone damage me anymore. Family or not.”

Edwards has not addressed Rose’s post, but he shared several clips of himself playing with their son, Slash.

Rose and the Def Jam Records vice president have been together since 2018. 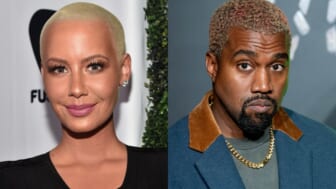 Since her screeds, Rose has wiped her Instagram page clean, leaving only a post from June of Yung Miami talking about her sexuality after becoming a mom.

In the past, Rose had described Edwards as her “best friend.”

According to a past Instagram post that was reported on by E! News, Rose wrote of — and to — the music man: “I felt so damaged when I met him and pushed him away in the beginning, he has talked me through everything while simultaneously loving me and working with me so I could overcome my fear of loving someone in the most healthiest way again. Thank you for all of ur love and support baby. I love you so much.”

The couple hasn’t made any public statements, but they are still following each other on social media.

Rose was previously romantically linked to Kanye West. She was also married to rapper Wiz Khalifa from 2013 to 2018, and the two share an 8-year-old son, Sebastian.