The separation documents were reportedly filed in North Carolina in June

Steph Curry’s parents are calling it quits after 33 years of marriage.

Sonya Curry, 55, has filed for divorce from Dell Curry, 57, TMZ reports. According to the report, Sonya filed documents in North Carolina on June 14. The reason for their split remains unclear. 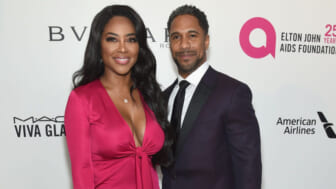 Also Read:
Kenya Moore files for divorce from husband; Daly wants her to pay up

The former couple dated in college before tying the knot in 1988. They have three children, son Seth Curry born in 1990, who is also an NBA star along with his big brother Steph, and daughter, Sydel Curry, born in 1994.

Sonya reportedly owns and operates the Montessori School located in Charlotte, North Carolina that she and Dell founded in 1995. Steph and his siblings attended the educational institution, per Clutch Points.

Sonya previously opened up about how she turned her experiences with racism while growing up in Radford, Virginia, into valuable life lessons for her children.

“I wanted them to understand that in their world that could be seen as sheltered they needed to hear stories,” Sonya Curry told The Undefeated during All-Star Weekend.

“The biggest thing she told us is that we grew up a little different than she did,” said Steph. “She was always quick to remind us up on the realities around the country and to appreciate our experience.”

“I don’t know what age I began telling them things, but when things came up I would say, ‘Did you know that your grandmother was part of integration as a junior in high school? Think about that,’” Sonya said. 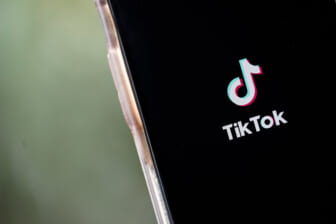 “I understand that there was stuff going on and stuff that she dealt with on a daily basis in Radford that were necessary for us to understand, even though we were brought up in a different space,” Steph told the outlet. “I never had to live it, per se, but I definitely understood. You could see it in her eyes when she talked about it.”

Steph Curry credits his mother for motivating him to use his platform to bring awareness to social and racial issues.

“What God has for you, God has for you and nothing can block it,” Sonya said. “I’m a first-generation college graduate. It wasn’t an expectation that I would go to college, period… I made it my own personal competition that any white person next to me wasn’t going to be any better than I was. I’m going to watch them and take the classes that they take because no one is telling me what to take and I’m going to take the same classes. And that is how I ended up in college.”

Despite Steph and his siblings growing up with wealthy parents, his mom “always made it known to appreciate what we have and where we grew up,” he said.

“She always took us back home to where she grew up. We saw the environment. It instilled our core values in us, and she is the main reason we are the way we are today. She raised us on faith and to be grateful for everything,” he told The Undefeated.