Diddy cheers on daughters as they walk in Dolce & Gabbana show

Sean "Diddy" Combs and his daughters, 15-year-old Chance and twins D’Lila Star and Jessie James, 14, together stole the show.

On Instagram, Combs shared pictures from the show, where the teenagers shined in elaborate short dresses and flat shoes. He captioned the photo series: “Words can’t explain, LOVE.”

According to People magazine, at the show, Combs enjoyed bread, wine with a background of a Venetian sunset.

The twins, who share a profile called @the_combs_twins, shared the same photos as their father and wrote, “OMGGGG THIS IS LITERALLY A DREAM COME TRUE. We are so excited that we got to walk in the @dolcegabbana fashion show.

“Thank you so much for having us join the show in Venice, Italy. And we want to say a HUGE Thank You to our dad and team for helping us get through this amazing show. WE LOVE YOU GUYS AND THANK YOU. we hope to be back soon.”

Their elder sister shared the photo series too, writing, “Thank you Dolce & Gabbana! So happy and honored to be a part of your couture show! GRAZIE MILLE!”

Chance is Combs’ daughter with Sarah Chapman, and the twins are his youngest children. Their mother, Kim Porter, passed away suddenly in November 2018. He has been raising the girls as a single dad since the devastating loss. 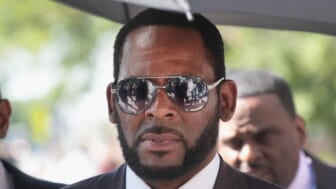 In 2020, he was interviewed by his friend, model Naomi Campbell, telling her, “Losing Kim and now being a single father of six, my thinking had to change. I had to really get focused on their futures because I know how rough it is out there.”

He founded a firm called Combs Cartel company. “[It’s] our family business, and a lot of [my kids’] projects will go underneath that,” Combs said. “We’re really focused on our plan after this. Taking time to really ask the girls and ask the kids what they want to do. … We’re trying to really just plan and see what we want to take to the next step as a family.”

During a virtual pre-Grammy Awards gala in February, Combs told Clive Davis he and his children all quarantined together during the coronavirus pandemic. 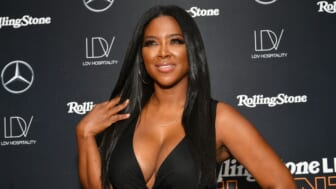 “My life got better because I was running myself into the ground, and I wasn’t taking enough time for my family and for myself. It’s really been a blessing,” Combs said at the time. “I lost the mother of my children, and the time that [my kids and I] were sequestered together, it helped me to make up for all those years I was on tour and to get closer to my family.”

As previously reported, Diddy — who recently changed his middle name to Love — is prepping his seventh studio album, Off the Grid. It is scheduled to be released on Sept. 24.