Twenty years after 9/11, Sekou Siby still feels the pangs of survivor’s guilt. A cook and dishwasher at the World Trade Center’s Windows on the World restaurant, Siby had swapped shifts that day with a co-worker who ended up dying in the terrorist attacks.

The tragedy sent Siby on a path he had never imagined he would take when he emigrated from the Ivory Coast in 1996: He made it his mission to advocate for higher pay and better working conditions for restaurant workers — a role that has gained importance as the restaurant industry has struggled more than most in the grip of the viral pandemic.

Siby, 56, is now the president of Restaurant Opportunities Center United, a nationwide advocacy group that emerged from the attacks. 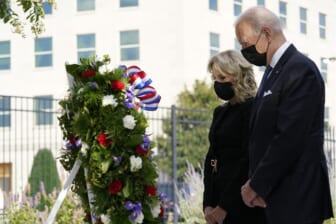 The money was a financial life-saver for people like Jazz Salm, 37, who lost her server job at a Sunrise, Florida, Chili’s that closed in March 2020 when the pandemic erupted. The $225 she received from ROC United enabled her to pay her mobile phone bill — her only connection to the internet, which she needed to file for unemployment aid.

Compounding her difficulties, Florida’s unemployment aid system, like other states’, was overwhelmed at the time.

“They were actually the first people to help me out,” Salm said. “It was a month before I saw unemployment. They really saved my rear end.”

ROC United helped keep its members informed during last year’s debates over stimulus checks, supplemental unemployment aid, and other financial support. Salm, along with about 11,000 others, participated in a Facebook Live event with Sen. Elizabeth Warren in May 2020 discussing the Massachusetts Democrat’s “Essential Workers Bill of Rights” that called for hazard pay, protective gear, and paid leave for essential workers, which includes food service workers.

The group has also been active in seeking changes in social policies, having marched on behalf of a higher minimum wage and for the elimination of the federal tipped minimum wage for restaurant waiters, which has remained $2.13 for 30 years.

All the while, Siby has been driven by the memories of his 73 Windows on the World co-workers, many of them fellow immigrants, who died in the 9/11 attacks.

“Without 9/11, there wouldn’t have been a ROC United,” he said. “The fact that I was able to turn whatever anger I had to support other people who were more desperate than me, is what allowed me to turn the corner.”

Windows on the World was a unionized workplace, and after the 9/11 attacks, its union donated money to an informal group that helped former employees who were out of work. In April 2002, that organization became ROC United, with Siby as its first member. He later worked as a community organizer for the organization, using his fluency in French and Spanish to connect with immigrants in New York City, before becoming executive director in 2017, and CEO last year. 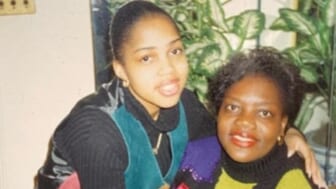 Siby still keeps photos of co-workers he lost that day. One of them shows Abdoul Karim Troare, a fellow immigrant from Ivory Coast who had been Siby’s roommate when he arrived in the United States in 1996.

Traore helped Siby find his job as a cook and dishwasher at Windows on the World. And it was Troare’s wife, Hadidjatou Karamoko, who first alerted Siby to the Sept. 11 attacks. She called to say that Traore wasn’t answering his phone.

Traore had left that morning at 4 a.m. for his other job, delivering newspapers, before heading to the Twin Towers at 7:30 that morning.

“I did not know that it was the last time I was going to see him and hear his voice,” she said Wednesday in a virtual call organized by ROC, her first public comments about her husband.

Another photo captures Siby and Isidro Ottenwalder, who had just obtained his citizenship six months before the attacks, allowing him to travel to his native Dominican Republic to marry before returning to New York City.

And then there was Moises Rivas, who had asked Siby take his Sunday shift at Windows on the World. Rivas, 29, who was performing with his band that Saturday night, didn’t want to work an early morning shift, which often began at 5 am. In return, he offered to work Siby’s shift that Tuesday, Sept. 11. An immigrant from Ecuador, he left behind a wife and two children.

In the years that followed 9/11, ROC United began engaging with victims of other tragedies. After Hurricane Katrina devastated New Orleans in 2005, the group established its first chapter outside New York City. It now has 59 employees in 11 cities, including Los Angeles, Chicago and Minneapolis.

Just last month, Minnesota’s attorney general, Keith Ellison, announced a $230,000 settlement with a restaurant chain, the Bartmann Group, that hadn’t paid final paychecks owed to workers who had been laid off, as well as overtime. ROC United had helped the workers bring the complaint and demonstrated outside one of the chain’s restaurants.

Still, the coronavirus pandemic represents a threat of an altogether different magnitude for U.S. restaurant workers. The industry still employs roughly 1 million fewer people than before the virus hammered the U.S. economy in the spring of 2020.

Some restaurant owners are experimenting with software and automation that can replace waiters and cashiers. “Ghost kitchens,” which cook food in central locations for restaurants that deliver food but don’t have actual storefronts, function with far fewer employees than traditional restaurants. They began before the pandemic but have spread more widely since.

Siby, though, retains an optimistic outlook for the industry. Automation may reshuffle some jobs, he says, but will never fully replace the ability of humans to provide top-notch restaurant service. And ghost kitchens can provide new opportunities for entrepreneurs as well as chefs and delivery workers.

Siby didn’t want to work in restaurants after 9/11. The sights and smells of a commercial kitchen brought back too many painful memories. But now his oldest daughter, Fanta, born three weeks after the attacks, is in her third year of nursing school, and works at Starbucks after a previous job at Chipotle.

Asked what he would say to those struggling with the pandemic, Siby said: “At the time when you think you’ve reached a rock bottom in your life, there is always a light to look forward to. This is where I am, compared to 20 years ago. The light is out there, you just need to seek it.”