Proctor, who is a geoscientist and professor, will be one of four people in the first-ever all-civilian spaceflight

Dr. Sian Proctor has made history as the first Black woman to serve as a pilot of a spacecraft when SpaceX’s Inspiration4 Mission launched on Wednesday.

Proctor, who is a geoscientist and professor, will be one of four people in the first-ever all-civilian spaceflight, serving as a Mission Pilot on SpaceX’s Inspiration4. She will be the fourth Black woman to travel into space, but will make history as the first Black woman to pilot a spacecraft with the three-day trip circling the earth, the New York Times reports.

Proctor, a Guam native, had her interest in space sparked at an early age due to her father himself being an engineer for NASA. As a child, she was labeled as a “tomboy” because of her love for building planes. It was then when she aspired to be a fighter pilot once she grew up.

After receiving her master’s degree in Geology, and her Ph.D. in Science Education, Proctor embarked on her career as a geoscience professor for South Mountain Community College in Phoenix, Arizona where she taught for over 20 years. Proctor also serves as Vice President of Education at Star Harbor Space Academy.

Proctor spoke to The Space Channel — a Local Now partner of theGrio — about how vital astronauts are.

“When we think about astronauts, we don’t really think of them as guinea pigs. They are research subjects and so we submit them to all kinds of medical tests and all those things,” Proctor said.

“You can think of the twin studies like how we’re also investigating technologies and so I brought in this drone study and the whole idea is with that suit I was wearing when you go into these moon and Mars simulation you’re acting like you’re on that planet or that body.” 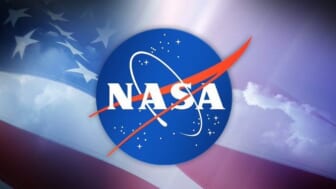 Years of training and various educational space programs have been key in the preparation of the pilot’s journey set for Wednesday. Her training includes the Mars Desert Research Station, Mars mission at HI-SEAS, and a Moon mission in the LunAres Habitat. Proctor was selected as one of NASA’s astronaut finalists in 2009, KJZZ reports.

Mission Inspiration4 was created by high school dropout turned-billionaire, Jared Isaacman, according to the New York Times. He’s the founder of the highly successful payment processing company called Shift4 Payment, and will also be funding this trip.

Proctor’s prominent role in this mission will help raise awareness and funds for St. Jude’s Children Research Hospital for pediatric cancer. The goal is to raise over $200 million for this hospital that does not charge families for treatment. Issacman pledged $100 million of his own money.

The professor intends to bring her art supplies, as well as pieces of art from some of her students to continue her creations while in space. It is only appropriate, as she won her spot on the shuttle from her mesmerizing art displayed on MySpace2Inspire.

“I’m gonna sit in our cupula and write poetry as I look back at our amazing planet,” Proctor told KJZZ.

Proctor says becoming an astronaut is “like being lost in the Chocolate Factory. It’s all good and delicious all the time, nonstop. Just so much happening. Lots of new training happening, getting prepared. It’s exciting,” she said to Space.com. 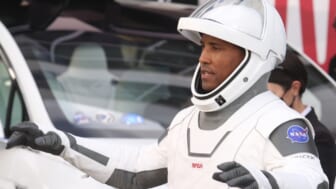 Although the preparation for the launch has been intense for the entire crew, with rigorous training exercises, she is excited to be able to fulfill her childhood dream.

“It’s a dream come true. Ever since I was a kid, I wanted to be a fighter pilot; I saw that as the ticket to becoming an astronaut. I got to check that off the bucket list,” she said.