Two Miami-Dade police officers will be heading to prison next week for their involvement in a drug operating sting. 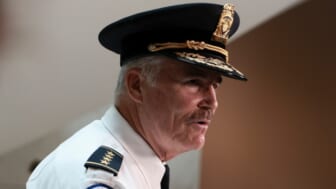 Roderick Flowers, 29, and Keith Edwards, 31, who are cousins, will serve one year and three months in federal prison after pleading guilty to conspiracy to distribute cocaine, per The Daily Mail. Both officers acted as security for cocaine driven through multiple states for who they believed was the Sinaloa Cartel.

The pair will be required to complete two years of house arrest and five years of probation, which includes up to 1,000 hours of community service per year once released.

The narcotic cops share a fascination for the Will Smith and Martin Lawrence blockbuster Bad Boys films. Social media posts show the officers dressed in costumes as the fictional characters, detectives Mike Lowrey and Marcus Burnett, for Halloween 2019.

Flowers referred to himself as Det. Mike Lowery on his page, and the pic of them dressed as the film cops was captioned ‘We ride together. We die together. Bad Boys 4 Life.’

The officers were paid $5,000 each to pose as bodyguards for the shipment of a half kilo to two kilos of fake cocaine, thought to be real, to what ended up being undercover DEA agents, according to The Miami Herald.

The other men, Manuel Carlos Hernandez, Trevanti McLeod and Durojaiye Obafemi Monsuru Lawal, were also arrested for their roles in money-laundering connected to the drug sting.

An undercover source working for the DEA posing as a member of the Mexican cartel arranged money-laundering deals with Hernandez that involved drug money, bringing along Flowers and Edwards to assist in transporting the product from Homestead to Aventura.

Hernandez, who ran Hernandez Investments, bragged about laundering money for several of his clients and had plans to open more legitimate businesses, like a barbershop and car wash to clean his dirty money.

In the summer of 2020, the meetings that the undercover source held with Hernandez and his accomplices were secretly being recorded, revealing money-laundering deals.

In August, Hernandez asked Flowers to run a license plate number through the police database for the undercover agent. Per the Daily Mail, Hernandez boasted that Flowers was on his payroll as ‘security for money laundering activities,’ it said in the complaint.

On Sept. 16, the confidential source, an undercover agent, and Flowers and Edwards transported the DEA supplied cocaine in cars from Homestead to Aventura. The entire sting lasted a span of six months.

Edwards reportedly told the supposed drug dealers that he and Flowers were not “hitmen” and would protect the informant, not the product if things went awry, per CBS 4 Miami. 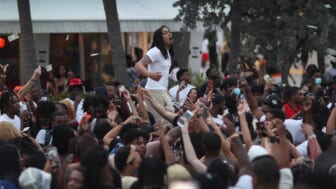 Edwards a father of three, is a former Army National Guard member. Flowers comes from a family of police officers as his sister and father are officers. His father, Raleigh Flowers, is the police chief in Bal Harbour according to CBS4 Miami.

Flowers’ attorney said, “He’s very satisfied with his sentence because it gives him the opportunity to continue with his life.”