OPINION: Olympian Biles and her USA Gymnastics gave riveting and heart-wrenching accounts of the abuse they suffered at the hands of Larry Nassar. 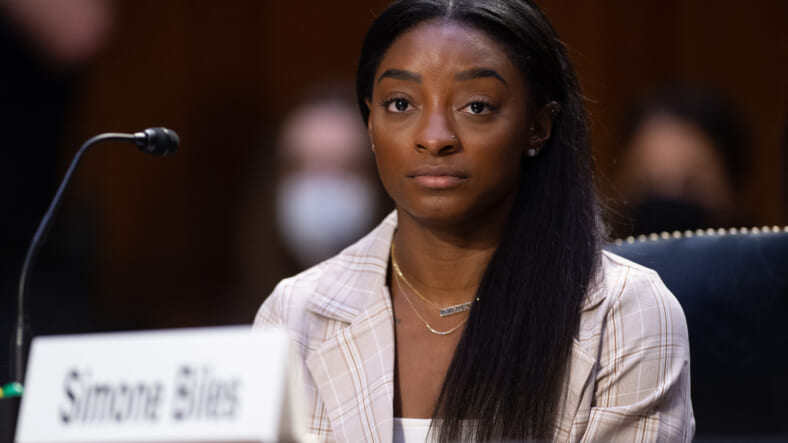 The four USA Olympians took their power back on Wednesday for all the world to see. Although all of them are familiar to us as world-class professional gymnasts, none of us were prepared for their tear-laced testimony, and graphical retelling of the sexual abuse they all suffered at the hands of convicted sex abuser and pedophile Larry Nassar.

For her part, Simone Biles made clear that she lays the blame for this entire horror at the hands of the USA Gymnastics organization, the U.S. Olympics organization and the FBI for their malfeasance and nonfeasance in essentially allowing the long-running abuse by Nassar, who molested young female athletes under the guise of gynecological exams and medical treatments.

Biles spoke softly, at times her voice quivered as she tied her mental health difficulties at the Tokyo Olympics this summer directly to the trauma of Nassar’s abuse. 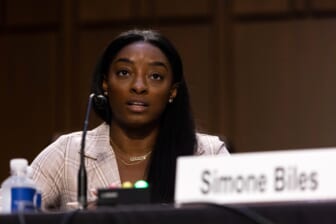 “I don’t want another young gymnast, Olympic athlete or any individual to experience the horror that I and hundreds of others have endured — before, during and continuing to this day in the wake of the Larry Nassar abuse,” Biles told members of the Senate Judiciary Committee. “To be clear, I blame Larry Nassar, and I also blame an entire system that enabled and perpetrated his abuse.”

Equally as compelling was the testimony of Aly Raisman and how she described in detail the PTSD of dealing with the aftermath of sexual assault all these years later — more specifically, how said PTSD can drain the energy of survivors. Raisman, 27, cited major health issues and had to be taken away in an ambulance. She recalled unexpected crying, the unending emotional suffering, and at times, the inability to even walk.

One of the other victims, former U.S. gymnast Jessica Howard, was to me the most heartbreaking of all in that she sat and sobbed during the hearings while sitting behind Biles, Raisman, Nichols and Maroney, until she finally spoke at the press conference about how early victims like her were told by the FBI, “it’s not enough” and then did nothing to stop the abuse.

Howard also spoke of how badly all of this had damaged her trust in people, in leaders, and in herself. She talked about the cruel mocking by a coach she confided in as she was being kicked off the team. As a survivor of childhood sexual assault myself, I was choked up as I know were many of you. It’s the same story over and over again.

The worst part of this all was watching the old grey men of the Senate like U.S. Sen. Chuck Grassley (R-IA), Sen. Patrick Leahy (D-VT), Sen. Dick Durbin (D-IL) — and just a few female Senators — struggle to connect with these young women and to find the right words to communicate with them in meaningful, and healing ways.

Senator Grassley, now well into his 80’s looked like a deer in the headlights, as he stumbled around to know what to say at the hearing, and instead asked a question about the organization that had been set up to assist athlete sexual assault victims and Aly Raisman said it was not at all helpful and that she did not support it as a means of helping victims.

Only Sen. Cory Booker of New Jersey (one of the few U.S. Senators in his 50’s) seemed to truly connect with the victims, and speak to the context this issue has on the larger American landscape. Booker also emphatically spoke to how their soul-stirring testimony needed to be taken seriously and that action (not more words) needed to follow. The senator rightfully acknowledged during his questioning that the victims “didn’t come here today for kindness, or empathy, but for justice.”

The issue of sexual assault of our young girls and young women is huge in 21st century America. What the testimony of these young women revealed, however, was something more ugly and insidious. The normalization of abuse. The ability of men, and worse, some women, who ignored the repeated warnings by young girls like Jessica Howard.

For Black and Brown girls sexual assault is disturbingly common, and something we do not like to talk about. Take the R. Kelly abuse cases; how many of his fans and enablers blamed the young victims or their parents for his predatory abuse. According to the American Psychological Association, Black women are at a disproportionate risk of sexual assault or abuse. The statistics do not lie, consider the data according to the National Center on Violence Against Women in the Black Community:

What these young women endured is unthinkable. And it is incumbent upon all of us to act — to act to raise our boys differently; act to hold men who abuse girls and women accountable in the highest degree; and to act with workplace protocols, reporting protocols and law enforcement protocols to protect our baby girls (and our boys) when they find the courage to come forward and speak truth to power.