A mother in Alabama was taken into custody this week after she stepped on a school bus and allegedly assaulted an elementary school student who she believed to be bullying her child. 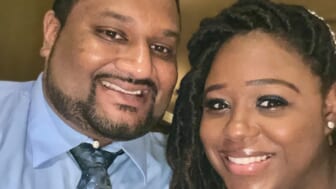 Authorities report that at approximately 7:18 Tuesday morning 37-year-old Nannatt Waldrop hopped on the bus and attacked the 11-year-old student who she believed to be harassing her child.

Sheriff’s deputies responded to the scene and took the mother into custody. Shortly before 9:00 a.m., she was booked into the Jefferson County Jail and released at 11:35 a.m. after posting bonds totaling $10,500.

A video capturing the incident began to make the rounds on social media and Waldrop was arrested and then charged with third-degree simple assault, trespassing on a school bus, and disorderly conduct/disturbing the peace.

“We are aware of the video circulating on social media of a fight that occurred on one of our school buses Tuesday morning,” Jefferson County Superintendent Walter Gonsoulin said in a statement.

“I want to be very clear: this type of behavior is unacceptable, and it will not be tolerated … While this is now a law enforcement matter, let me just say what I saw on that video deeply disturbs me. At no point is any type of violence acceptable, especially violence against students.  We have been and will continue to cooperate fully with law enforcement.”

Officials speaking on behalf of Jefferson County Schools said they were investigating the matter and still piecing together exactly what led to the altercation.

They also made note that adults – even parents – who are not directly employed by the schools are prohibited from boarding school buses.

This isn’t the first time this year that an adult has been arrested for having a heated altercation with a child on a school bus. A Colorado bus driver who was captured on video slapping a 10-year-old girl for not wearing her face mask correctly and also faced assault charges, theGrio previously reported in May.

The driver, Bertram Jaquez, left his job with the Fremont County School District two days after the incident — before they could take official action.

According to a local report, the unidentified girl wrote a statement to the school district, in which she said she wasn’t feeling well on April 12 so she moved her mask down below her nose when the driver came to the back of the bus. She wrote that the male driver tried to move her mask up, then slapped her for not doing it herself.

Jaquez wrote in his own statement that the child was arguing with him and other students and that he slapped her “out of reaction.”

Jaquez resigned two days after the incident, prior to being fired by the school district. However, the district still sent him a termination letter reminding him that this was the second time that he had touched a child in anger over this very same issue. 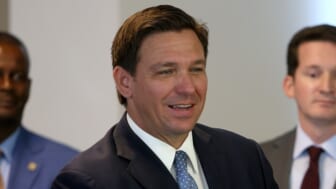 “Our school community is experiencing a very unfortunate situation. We have had a bus driver strike a child over the child not wearing a mask on the bus. We believe it is never okay to lay a hand on a child,” Fremont County School District officials wrote in a statement after it happened.