Porsha Williams memoir reveals she was homeless while filming ‘RHOA’

The RHOA star says she struggled while filming the show amid her divorce from ex-NFL player Kordell Stewart.

Porsha Williams is revealing it all in her forthcoming memoir, The Pursuit of Porsha: How I Grew Into My Power and Purpose.

The 40-year-old Real Housewives of Atlanta star’s book, available for purchase this November, will detail the Georgia peach’s upbringing, her parent’s divorce, her painful childhood experiences and, of course, her time on the reality TV show.

One of the shocking details she spells out is her bout with homelessness, which she says she dealt with while starring on the popular Bravo reality series. 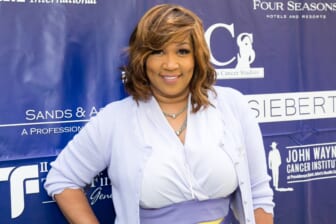 Williams is a lot different from the woman viewers met in 2014. Now, she’s known as the fun, twerk-loving BLM activist and mother to daughter Pilar, aka PJ. But when Williams joined the show in Season 5, she was Porsha Stewart, the proud trophy wife of former NFL star Kordell Stewart.

The two were newlyweds when they began appearing on the show, having been married just a little over a year. Kordell Stewart, who is nearly 10 years Williams’ senior, presented himself to be a man of traditional gender roles and values.

At the time, Williams was a true housewife who took pride in caring for her home and her 9-year-old stepson, while Stewart brought home the bacon. But once she began hanging out with her independent co-stars, Williams began to hint to her wanting a little more freedom in her marriage and in her life. But Stewart wasn’t for it.

The cracks in their marriage showed early on in Williams’ debut season. Stewart made it known that he expected her to be a stay-at-home mother and wouldn’t approve of her hiring a nanny.

He also didn’t like his wife to be in certain social settings. Fans recall Williams saying that Stewart “let” her go on a girls’ trip to Las Vegas with her castmates. Once there, she refused to go to a strip club, saying it was disrespectful to her husband.

Her co-stars questioned whether Stewart was protective or controlling, but Williams defended him to the end. Even when Stewart didn’t show up for the season five reunion, Williams stood by her man.

Just days before the final part of the reunion aired, TMZ reported that Stewart filed for divorce. Williams said she was blindsided by the filing as the pair were still living in the same home. In fact, she revealed in an appearance on Watch What Happens Live that she had to confirm through her attorney that Stewart actually filed.

Now, Williams is revealing more about what she says viewers didn’t see on the show. The book’s introduction and first chapter are now available online. Williams’ book is published by Worthy Publishing, an imprint of Hachette Book Group. In the opening chapter, Williams reveals she was homeless while filming the show.

“I went from being homeless while starring on The Real Housewives to owning two successful businesses,” she writes. Viewers remember Williams being kicked out of her marital home in season six, living with her mom until she could regroup.

Stewart also fought to ensure Williams wouldn’t get alimony. She did receive temporary spousal support but ultimately decided to move forward with the divorce with what she came into the marriage with. 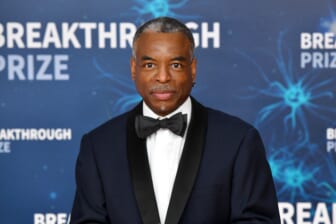 As for why she’s decided to write a book now, Williams says she wants the truth out.

“After starring season after season on The Real Housewives of Atlanta, I felt there was still so much I never got a chance to say in those confessionals or never got to express at the reunions between throwing shade and receipts,” she writes in the excerpt.

“So I’ve opened up my life here, page by page, to share my truth, my strength, and my pursuit of the real Porsha.”