Frank Q. Jackson, 24, was reportedly shot near the intersection of Sidaway Avenue and East 70th Street at approximately 9:10 p.m., Cleveland 19 reports. According to law enforcement, someone ran up on Jackson and shot him immediately after he was dropped off by a female friend near the intersection. 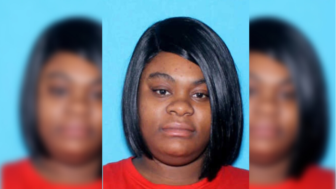 The female reportedly told police that Jackson asked her to drop him off in the area. Moments after he exited the vehicle, he was shot and the suspect fled on foot. Police have not released information about a possible suspect and the motive for the slaying.

Mayor Jackson was joined at the scene of the shooting by the Chief of Police Calvin Williams, who declined to comment.

“It’s not my place to say anything,” Williams told Cleveland.com.

“We offer our deepest sympathies to Mayor Frank G. Jackson and his family for the death of his 24-year-old grandson Frank Q. Jackson last night. Cleveland Police are investigating, and we believe the person or persons responsible will be apprehended and brought to justice,” the Cleveland City Council said in a statement.

Cleveland mayoral candidate Justin Bibb tweeted: “I extend my deepest condolences to Mayor Frank Jackson and his entire family over the loss of his grandson. I’m keeping them in my prayers.”

“My deepest condolences go out to Mayor Jackson and the entire Jackson family.  The sudden loss of a child and grandchild is tragic, and I ask the entire community to respect the Jackson family as they mourn their loss. They deserve to grieve in peace,” Kelley wrote. 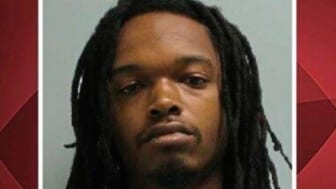 Jackson made headlines over the years with a series of arrests and convictions, FOX 8 News reports. He was busted in 2016 for riding an illegal dirt bike through city streets with a group of ATV riders.  In 2019, the mayor’s grandson pleaded guilty to misdemeanor assault following a fight with his girlfriend at the time. He was sentenced to 18 months probation after prosecutors agreed to drop the abduction and failure to comply with charges.

In July, Jackson pleaded not guilty to a charge of felony assault and failure to comply with police. He had been out on a $10,000 bond while he awaited a court appearance related to the case.

Anyone with information about Jackson’s killing is asked to call investigators at 216-623-5464. Crimestoppers is accepting anonymous tips at 216-25-CRIME. A cash reward of up to $5,000 is reportedly being offered.