The cast of I Wanna Dance with Somebody continues to take shape. Ashton Sanders has officially signed on to play Bobby Brown in the highly anticipated Whitney Houston biopic.

I Wanna Dance with Somebody is an upcoming biopic from Sony and TriStar Pictures about Houston’s life, theGrio previously reported. The film is being produced by Clive Davis, with a screenplay written by Oscar nominee Anthony McCarten. It is set to be released around Thanksgiving 2022. While Naomi Ackie was announced earlier this year as taking on the iconic role of Houston, now Sanders of Moonlight, Wu-Tang: An American Saga, and more has been tapped to join. 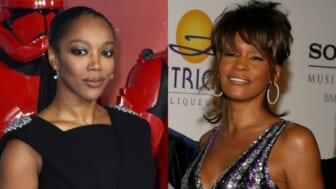 Also Read:
Naomi Ackie to play Whitney Houston in ‘I Wanna Dance with Somebody’ biopic

Per Deadline, Sanders is joining the film as Bobby Brown, opposite Ackie’s Houston. Deadline also reports that Black Label Media has joined the film to co-finance alongside Compelling Pictures and Primary Wave Music.

When announcing Ackie as the lead actress in the film, executive producer Stella Meghie released a statement regarding her selection. Meghie shared at the time, “We spent the better part of the last year in an exhaustive search for an actress who could embody Whitney Houston. Naomi Ackie impressed us at every stage of the process. I was moved by her ability to capture the stage presence of a global icon while bringing humanity to her interior life.” 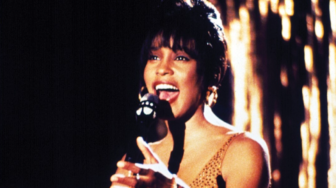 What marks this biopic as a particularly monumental one, is the direct involvement of the Houston estate. The 2014 Lifetime TV movie, Whitney, directed by Angela Bassett, did not have the blessing from the estate that this film has, theGrio previously reported. I Wanna Dance with Somebody‘s screenplay has been approved by the estate, and also has access to all of Houston’s greatest hits, an essential piece to her legacy that was kept from the 2014 TV movie.

In May 2020, Sanders sat down with theGrio to break down his role in the Netflix film All Day and a Night. Speaking to how Hollywood has begun greenlighting more films centering around injustice and mass incarceration.

“I feel like we are like definitely like pushing the button. I feel like we’re kind of like forcing Hollywood to change their perception of how they see us. So we do movies like this that aren’t on the surface but that have depth and that are real and that are raw,” he shared at the time.

“The Black artists and the Black creatives and Black Hollywood is in tune with that, definitely,” he added.