Day's family has pleaded with those who have any information to come forward.

Authorities have confirmed that the body recently found in a river is that of Illinois State University graduate student Jelani Day.

The LaSalle County Coroner Richard Ploch identified Day through dental and DNA testing, confirming he was the male body found in a river on Sept. 4, according to an official statement by Bloomington Police. Day, 25, was last seen on his campus on Aug. 24 and his last known location was Beyond Hello in Bloomington, IL. He was reported missing the next day.

Day’s family shared an update on Facebook about the news. They asked for continued prayers and help to determine what happened to him. 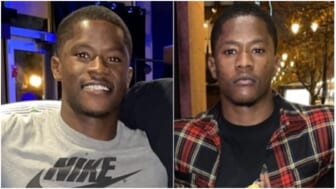 “At this moment there are more questions than answers surrounding Jelani’s disappearance and death, and that is where we will focus our energy. As of this moment, we do not know what happened to Jelani and we will not stop until we do,” the statement read.

“This week we learned new evidence has been discovered and police are working new leads related to Jelani’s disappearance. This case is not closed and the investigation is not over. “

The family pleaded with those who had information to come forward and to contact the authorities about their loved one who was a member of Omega Psi Phi Fraternity, Inc. He also had aspirations of becoming a speech pathologist.

Their post concluded with a message to all the supporters and those who amplified his story.

“Thank you to every single person who has thought about, prayed for, talked about and searched for Jelani.  The love you’ve shown our family has sustained us and we will definitely need you even more in the days to come.  We love each and every one of you for making Jelani’s story personal,” the post read.

Bloomington Police Department Spokesperson John Fermon said in a press conference that the investigation is still underway as to what led to his death, WMBD reports. Toxicology reports are also still pending.

“We haven’t said if there’s foul play or anything like that. People are on edge. It impacts everyone,” Fermon said.

Fermon also addressed the media coverage that Gabby Petito — a white blonde woman who went missing and was found dead earlier this week — has received in comparison to Day, a Black male.

“I’m happy this got out there… We’ll take the criticism. Part of our job isn’t to release all the details… Hopefully, this rolls over to other missing persons,” he said.

Carmen Bolden Day had expressed her frustration to HLN that her son “did not get that involvement,” and added, “I didn’t get that attention.”

Day’s white 2010 Chrysler 300 was found abandoned in Peru, IL on Aug. 26, theGrio previously reported. The car was located near the Illinois Valley YMCA near a wooded area. Officers on the scene found the clothes Day had last been seen in.

Day’s family began a search in earnest for him and created the “Find Jelani Day” page that offered updates on him. They also took to social media and television to raise awareness about his disappearance.

Day’s mother recalled the last conversation she had with her son in late August.

“‘Okay mama, I just wanted to hear your voice.’ And that was our last conversation on Aug. 23,” she told Newsy.

ISU President Dr. Terri Goss Kinzy shared her condolences and plans for the university to honor him.

“Together, we mourn his loss. His family and friends are foremost in our thoughts during this difficult time, and we extend our deepest condolences,” Gross said in a statement.