Wiggins will have to either get the vaccine or stand to lose $31.5M in salary as he will no longer be able to play in Golden State Warriors' home games

Andrew Wiggins, starting small forward for the Golden State Warriors, recently requested the option to not take the COVID-19 vaccine, citing religious reasons. The NBA has denied that request, according to CBS Sports.

As the NBA is scheduled to begin the 2021-2022 season next month, COVID-19-related regulations are being enforced in the cities of New York and San Francisco. Despite there not being a league-wide mandate for players to get vaccinated, the NBA has singled out those two specific cities, which affect the New York Knicks, Brooklyn Nets and Golden State Warriors.

In addition, the San Francisco Department of Public Health also announced on Friday that exemptions from the vaccine for those over the age of 12 will not be considered, as reported by ESPN.

The Warriors, who previously played in Oakland’s Oracle Arena, began playing home games in San Francisco in 2019 in the new Chase Center, according to the arena’s official webpage. All those who enter the Chase Arena for Warriors games, including players and fans alike, are required to be fully vaccinated, with the exception of those at and under the age of 12. 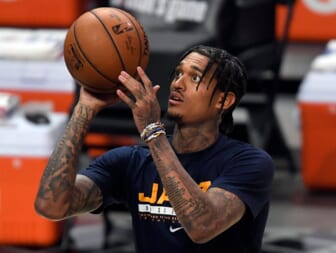 Wiggins, 26, asked for an exemption from taking the vaccine, citing religious reasons. However, the NBA denied his request, releasing the following statement on Friday: “The NBA has reviewed and denied Andrew Wiggins’ request for religious exemption from the San Francisco Department of Public Health’s order requiring COVID-19 vaccination for all participants age 12 and older at large indoor events. Wiggins will not be able to play in Warriors home games until he fulfills the city’s vaccination requirements.”

“Under the current order, if unvaccinated, they cannot enter indoor areas regardless of the reason they are unvaccinated and cannot test out of this requirement even if they have a medical or religious exemption,” the San Francisco Department of Public Health said in a statement.

Wiggins, the first pick of the 2014 NBA Draft and the 2015 Rookie of the Year, has been playing with Golden State for the past two seasons. Wiggins has not made a public statement nor has he disclosed what his practicing religion is at this time.

With the exceptions of the Warriors, Knicks and Nets, all other NBA teams will only require daily COVID-19 tests for players and coaches on practice, travel and game days, according to ESPN. Currently, 90% of all NBA players are fully vaccinated, as reported by Bleacher Report.

Wiggins still has time to get vaccinated in time before the mandate takes effect next month in order to not miss any games. He isn’t the first athlete to make headlines after seeking religious exemption from having the vaccine.

Emily Dahl, Hannah Redoute, Bailey Korhorn and Morgan Otteson all filed a lawsuit against the school after their individual requests for religious exemption from taking the vaccine was denied. Western Michigan University currently requires all of its student athletes to be fully vaccinated.