Police call circumstances around the disappearance, death of the Illinois State University student "suspicious" and "unusual"

When the body of Illinois State University student, Jelani Day, was found in the Illinois River near Peru, a far southwest Chicago suburb, police called the circumstances around his disappearance and death, “suspicious.”

“To me, it’s unusual, the way his vehicle was, you know, it was off of a parking lot inside, it wasn’t like deep into a woods, but it was off a parking lot,” Bloomington Police public information officer John Fermon said last month, according to NBC5. “That’s unusual just in itself. There’s not much I can release at this point. So just really to state the obvious that’s unusual.”

Chicago Sun-Times journalist John W. Fountain has been writing a series called, “Justice for Jelani,” where he researches Day’s disappearance through compelling personal narrative essays. In the first, he called Day, “every bit as human as Gabby Petito,” the 22-year-old Florida woman who disappeared while on a trip with her boyfriend, Brian Laundrie. Her body was later found in a national park in Wyoming.

In his most recent of the series, the third installment, Fountain writes about Carmen Bolden Day, the mother of the 25-year-old student. 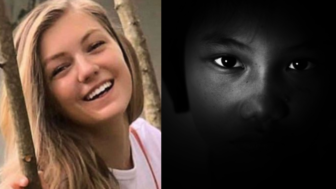 She was unable to see her son for nearly a month and experienced a perceived lack of empathy and urgency by police. The intense decomposition of Jelani’s remains meant that Carmen and other family members had to submit to DNA testing to help identify his body.

According to the article, Day’s corpse had no eyeballs, was missing its front top and bottom teeth, and after a second autopsy by a private forensic pathologist it was determined that his jawbone had been “sawed out.”

Reportedly, his organs were liquefied and his body had suffered bites from fish and turtles. Fountain points out that Carmen Bolden Day never saw her son’s remains. Jelani’s grandmother and one of his brothers viewed his body before his closed casket funeral. 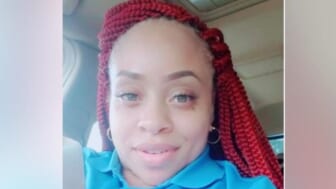 The article has incited social media users. One wrote, “The coverage can’t stop until they find out who killed #JelaniDay. The FBI should be brought in, especially considering the facts of this case. Peru, IL is a known sundown town and there needs to be further probe into his murder.”

In a statement on Monday, Jelani’s mother pushed back against the speculation that his organs were missing.

“Some things need and have to be clarified.No organs were missing. I do not want to stray off from the facts. There were contradicting facts from the first preliminary autopsy compared to the second independent autopsy, but this is not a case of organ harvesting, however, my son did not put himself in a river. My son was murdered and my goal and purpose are to find out what happened and hold those responsible accountable!!!” the statement read.