A New York City police officer was charged on Thursday with murder and attempted murder after confessing to shooting two women – killing one of them – at a Brooklyn residence.

Yvonne Wu is believed to have shot both women at the home where the officer’s girlfriend lived, Daily News reported. When police reported to the scene, Wu immediately confessed to the shootings, according to assistant Chief Michael Kemper at a press conference on Wednesday. Wu is assigned to the 72nd District, which presides over the Park Slope and Sunset Park neighborhoods in Brooklyn, and has worked for the NYPD for more than five years.

The 31-year-old cop was outside of the home when police arrived and wasted no time confessing to fellow officers that she was responsible for the shootings. 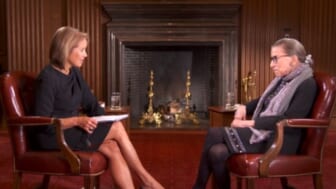 When police entered the residence they discovered one woman, 24, on the floor of the living room who was shot in the chest “possibly more than once” and was pronounced dead shortly after. Officers discovered another woman, 23 on the floor in a bedroom. The woman, reportedly the ex-girlfriend of Wu, is expected to survive. The NYPD is still investigating, but recovered a gun on the scene, and “there’s a very good chance it is her service weapon,” Kemper said.

Kemper confirmed that Wu was in custody and being evaluated at a local hospital. She did not have any disciplinary issues on her record leading up to the shooting and she could be characterized as “calm, collected and very forthcoming” when the responding officers found her. 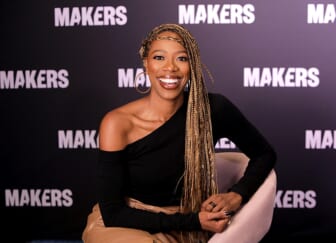 “This horrific incident is being treated as a homicide case,” Kemper noted, adding, “The whole incident is horrible, but these cops performed great, just heroically, and this is what NYPD cops come upon every single day.”

“Is this an incident they would want to come upon? No. But unfortunately, throughout their careers, they come upon this. We believe it is domestic in nature. We believe all three parties knew each other.”

This isn’t the first time that the NYPD has faced public scrutiny in recent months: last summer, a video of a Black man being tased by a New York police officer in a subway train car went viral. The clip prompted local politicians and community leaders to scrutinize the NYPD and its ability to enforce subway laws without disproportionately targeting Black and brown passengers.

29-year-old David Crowell was identified as the man tased by the NYPD after he helped another passenger pass through the gates without paying the fare, officers claimed.

The episode occurred at around 6 p.m. on July 6 at a subway station near 116th Street and Lenox Avenue in Harlem, New York, according to the New York Times. Police acknowledged Crowell paid his own fare but said he helped a passenger evade paying theirs, which led to a swarm of police entering the train to arrest the man and one officer eventually using a stun gun on him.

Bystander footage captured the moment Crowell was tased, showing him surrounded by officers attempting to restrain him while he appears to resist. After about 30 seconds of struggling, he appears to relax — that’s when an officer behind Crowell’s back pulled out a stun gun and tased him to the ground.

The video was posted by Black Lives Matter activist and New York City Council candidate Anthony Beckford, who condemned the way police handled the situation through a string of tweets. Beckford said the video was sent to him by a community member.

“I demand the immediate firing and arrest and charging of these officers,” Beckford said. “Look at the funds that are wasted here. These funds could go towards our schools, housing, jobs, youth programs, fixing the subway, ending food insecurities, etc.,”

Beckford told CNN that the event was “a clear example of abuse of power and further validates the calls for Justice and Accountability.”

“Anything less will be considered a slap in the face to Black and Brown New Yorkers who want to live their life without experiencing consistent police violence,” he added. “If we are going to combat violence, let us make sure that we combat police violence as well.”