"Garcelle. I would never say that by the way," Lisa Rinna said, denying the claims

Garcelle Beauvais has quickly become a fan favorite on The Real Housewives of Beverly Hills, making history as the first Black castmate on the show. Now the Haitian American actress is opening up about her ongoing feud with castmate Lisa Rinna that seemingly came to a head during the season 11 reunion.

During Wednesday’s installment, Beauvais and her struggles to connect with some of the women amidst the controversy surrounding Erika Girardi seemed to be the main focus of the discussion. First, she squashed her beef with castmate Dorit Kemsley and then addressed how her decades-long friendship with Rinna somehow took a sour turn.

Both of the women have been in the industry for years, making a name for themselves as sex symbols back in the ’90s, but cracks appeared last season after Rinna began to attack the character of their mutual friend actress Denise Richards. While Rinna turned her back on Richards due to rumors, Beauvais remained loyal to her gal pal.  Since then, Beauvais has very directly made it clear that she doesn’t trust Rinna for turning her back on someone they’d both known and loved for so long. 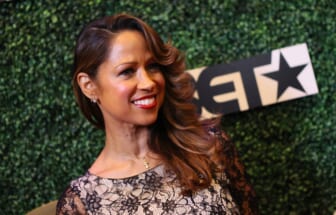 “I just feel like you break the chain with me,” Rinna said about their fracture. “For whatever reason, you don’t want to go a little bit further, and I have to just take that in now. I really do.”

In response, Beauvais brought up what she believed to be the true reason Rinna was so fixated on calling her out this season.

“Someone told me that you said that I should have never brought race into this show. That this show is not that kind of show,” she said. “And that really bothered me.”

“Garcelle. I would never say that by the way,” Rinna said, denying the claims to which Beauvais pushed back, “I don’t know that.”

“You have it out for me, and I want to know why,” Beauvais clapped back, undeterred.

‘”I don’t have it out for you. No, when I heard that, that pissed me off,” Beauvais continued, to which Rinna asked, “Then why didn’t you come to me and say, ‘Rinna, what are you doing?'”

At one point Rinna flipped the script and requested an apology from her Black castmate for insinuating she’d ever take issue with discussions surrounding race being featured on the show.

“I was happy you came on the show. I like you,” she said. “Why would you insinuate that? Unless you ask me yourself, ‘Lisa, did you say that?’ Or ‘Lisa, do you feel that?’ And I’d answer it.”

When Beauvais didn’t take the bait, executive producer and reunion host Andy Cohen admitted he wasn’t confident the two women could ever bounce back from their trust issues.

“Do you think that there would be any way? Because I would love to move on. Because when you and I are good, we’re great,” said Rinna. “We’re so funny. I love you so much, I really do.”

While Beauvais still seemed cautious, by the end the two Hollywood vets appeared to call a truce.