Stacey Dash has had an epic fall from grace the last few years, especially within the Black community. But now the Clueless star is opening up about her struggles with addiction. 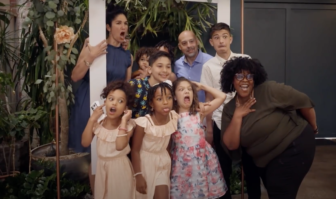 Thursday, the 54-year-old opened up about her addiction to painkillers and celebrated five years of sobriety while appearing on The Dr. Oz Show.

Hydrocodone (Vicodin) is an opioid prescription painkiller most commonly prescribed to treat moderate to severe pain. For an adult weighing over 100 pounds, the max dosage recommended by doctors is no more than two 2.5- or 5-milligram tablets every four to six hours. But Dash revealed that at one point she was taking between 18 and 20 Vicodin pills per day.

“It filled that anger,” she continued. “It calmed that anger down. It slowed my brain down. It gave me the ease so that I could deal with life. That’s how I became addicted. It’s no one’s fault but my own.”

The former Fox News pundit also shared that her parents struggled in addiction, so in a way her own trials gifted her with the ability to understand them from a more compassionate lens.

“The greatest blessing is that not only have I been able to be honest with myself and become a better person,” she said. “I’ve been able to understand my parents and that they did love me, and that they were doing the best they could and they were just sick. They were addicted.”

Wednesday, to promote the episode the actress shared a post on Facebook calling her addiction her “deepest, darkest secret.”

“I thank the Lord for being able to say that I have grown more over the last five years than I have in my entire life,” she wrote. “I am so blessed to be surrounded by people who have loved and supported me through my most challenging time.”

She added, “I encourage anyone who has a story they are scared of telling to share it with the world. You never know who will be able to relate to you and who it can help.”

While this week’s appearance was her most candid discussion about her struggles, back in 2016 Dash also opened up about her history with drug abuse, telling PEOPLE that she was offered her first line of cocaine at 16. 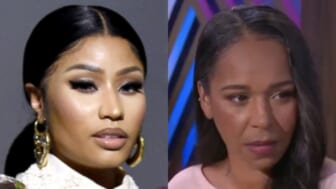 “I couldn’t find happiness,” she said at the time. “It got to a point where I didn’t even want to live anymore. The voice in my head was saying, ‘There’s nothing here for you.’ “