Wisconsin has the highest rate of imprisoned Black adults

A shocking new report reveals that Wisconsin, the midwestern state with a population made of less than 7% African American people, imprisons Black people at the highest rate of any state in the country.

The Sentencing Project, a Washington D.C.-based research and criminal justice reform and advocacy organization, published the report using public data from the U.S. Census and the U.S. Bureau of Justice Statistics to calculate the rates of imprisonment per race of each state.

Wisconsin, came in at number one, with one in six Black Wisconsin adults being imprisoned. Black people are 42% of the state’s prison population and are 12 times more likely to be imprisoned than their white counterparts.

“To me, it’s like a slap in the face,” said Ramiah Whiteside, who was incarcerated for over 20 years. Whiteside turned his experience into activism and is now an organizer with Milwaukee-based advocacy organization for formerly incarcerated people, EXPO.

“How can we be the worst? That particular status quo is unacceptable,” he continued. 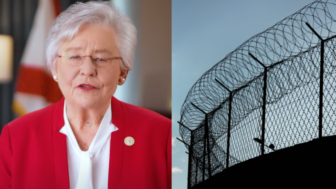 Although there have been nationwide efforts to change the racial disparities in the prison system, racial bias is still deeply embedded in the criminal justice system.

According to the report from the Sentencing Project, one in 81 Blacks adults in the U.S.. is serving time in prison, despite being less than 14% of the total U.S. population.

Some of the leading causes of imprisonment are the over-criminalization of drugs, excessive punishment for non-violent crimes, probation violations and the existence of private prisons, which fuels the cycle for the entire prison industrial complex.

Spending time in jail affects individuals’ lives long after they are free, including a person’s ability to vote and get employment.

“When it comes down to hiring you with a felony or waiting on other people less qualified, a lot of places wait,” said Whiteside, who also said he encountered discrimination when securing a home and trying to buy life insurance. 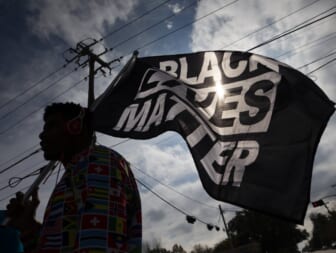 Also Read:
Only $71M given to criminal justice reform orgs out of billions pledged by companies

According to the Center for American Progress, up to three-quarters of formerly incarcerated individuals remain unemployed one year after their release. Studies show that if these individuals do not find employment within eight months of their release, they have a 33% chance of committing another crime.

This number increases to 50% after a year of unemployment and hits a staggering 70% after three years.

Those who do find jobs, often face wage discrimination, making 11% less than those without a criminal record and they also get fewer hours.

“Even probation or a six-month sentence is really a life sentence because it affects jobs, it affects housing, it affects everything in their lives,” said Gary C. Mohr, head of Ohio’s Department of Rehabilitation and Correction.

For Black and Latino Americans, who already face racial discrimination during hiring processes, this intersectional system of oppression can keep them in a vulnerable position for prison re-entry.

“We need leadership to stop pretending that we have a slightly damaged system that needs a few adjustments. Instead, we need to re-imagine every step of the process, from policing to extended supervision, and everything in between,” said said David Liners, a statewide coordinator for Wisdom, a statewide faith-based social justice organization, adding that there needs to be a sense of urgency when addressing the issue.

Wisconsin Supreme Court Justice Rebecca Dallet, and dozens of other appellate court judges and retired justices, wrote an open letter in 2020 after George Floyd’s death calling for reform in the Wisconsin justice system to address how people of color are treated.

Assembly Bill 69, which would allow for low-level non-violent offenders to get their records expunged, passed the state’s Assembly Criminal Justice and Public Safety Committee and is now on the floor in the Senate.

“I think unfortunately Wisconsin has been at the top of the list of incarcerated people of color — specifically, African American — for years now,” said Dallet in an interview. “It’s not an honor that we want to hold. It’s not an honor.”