EXCLUSIVE: TheGrio sat down with the team at BFRJ and broke down the ways in which the fight for equality in the theatre industry is in many ways just getting started

After a historic shutdown due to the COVID-19 pandemic, Broadway is officially back in New York City.

Like many institutions, however, the theatre community was faced with some serious reckonings during the summer of 2020, with many theatre artists of color marching on Broadway and demanding structural change in the massive industry. Born in 2020, Broadway for Racial Justice‘s mission is to “fight for racial justice and equity by providing immediate resources, assistance, and amplification for BIPOC in the Broadway and Theatrical community-at-large.”

TheGrio sat down with BFRJ and broke down their inception, how specifically they hope to make space for BIPOC voices in the theatre community and what the future holds for voices of color on and off-Broadway. 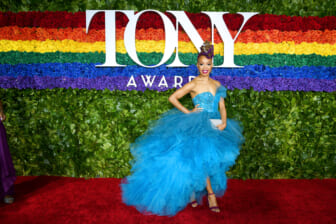 For Brandon Michael Nase, the executive director of Broadway for Racial Justice, he quickly realized that making true change in the theatre community had to be done “in a more organized way.”

He explained, “As I’ve had time to think through how it all started, we started in June 2020, with the idea of having a hotline for people to be able call into for moments of racial trauma in the theatrical workplace, and also a financial assistance fund that would center the BIPOC community.” Outside of these initial initiatives, however, Nase reveals that how BFRJ’s tenants and foundations are born out of simply making space for fellow people of color.

Representation is another big theme in BFRJ’s mission, although it is not the end-goal. With successful Broadway shows like Hamilton and Ain’t Too Proud, one could look at the marquees on Broadway and think the fight for racial justice in theatre spaces has been won, but BFRJ recognizes this as just the beginning.

Sharrod Williams of BFRJ told theGrio that representation behind the scenes is just as imperative as on stage. Having been a cast member in Hamilton, Williams explained how that experience made him realize the work that still needs to be done.

“Having been in Hamilton myself, I just feel like I’ve witnessed first hand what it means for a person of color to be afraid to approach the management team with a a problem, or to not be afraid and to simply not be heard, or not be dealt with in the correct manner,” he told theGrio.

Williams continued to explain that actors feeling comfortable on stage, from costumes and wigs that are appropriate to their culture and more, representation is needed in every sector of the theatrical workplace. Director of Operations at BFRJ Noax continued to drive this aspect home, explaining, “Representation really is the first step in this work. Once you place a large, diverse group of people in a room, what care is being put into making sure it’s a safe space for all people? Even within our own communities of color there are so many different intersections.”

Wildlin Pierrevil of BFRJ told theGrio, “In this moment I think we’re all repositioning and reevaluating our relationship to the commercial structure, to the capitalist structure that, you know, creates a system in which all of the goods and services we consume, including the art that we enjoy, is created in an unsustainable practice.” Through their non-profit work, Pierrevil explained that helping to educate the consumer and how they engage with the art they enjoy is one of the strongest aspects of BFRJ’s work.

A post shared by Broadway For Racial Justice (@broadwayforracialjustice)

A post shared by Broadway For Racial Justice (@broadwayforracialjustice) 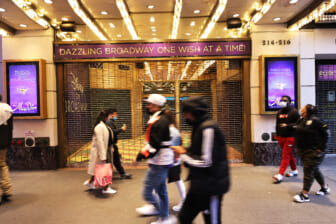 Broadway, of course, is just one aspect of a billion-dollar industry. From regional productions to Off-off-Broadway, Director of Programming Shaunice Alexander explains that even the shows you know nothing about are “intrinsically” linked to Broadway’s biggest hits.

She explained, “What’s happening outside of Broadway? The same performers that are in those productions in other parts of the country, are going to Broadway…how are those things connected? From an artist’s perspective, all of those experiences that happen outside of New York are the exact things I expect when I come here.”

For more on Broadway for Racial Justice and to find out how to donate, head to their official site, here.