The Public Enemy co-founder was booked on Oct. 5 by the Henderson PD in Nevada

Rapper Flavor Flav was arrested earlier this month after a domestic violence incident in Nevada, and his mugshot is now making headlines. 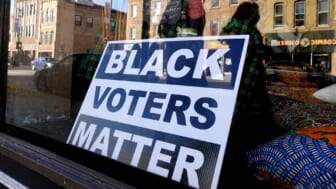 The Public Enemy co-founder is facing a misdemeanor charge of domestic battery after allegedly poking his finger on the alleged victim’s nose, grabbing her, and throwing her down, per TMZ. Flav was booked on Oct. 5 by the Henderson PD.

Flav’s attorney, David Chesnoff, tells TMZ … “in alleged domestic violence cases, there are often two sides to the story and we will explain our side in the courtroom and not in the media.”

Flav’s wild antics were back in the headlines in 2014 when he was arrested on Long Island for alleged marijuana possession and operating a motor vehicle without a license.

On Tuesday, Flavor took to social media to announce that he has been sober one year, writing, “1 year up,,, lotz more to go,,, next year I pray my whole family will be walkin the same path I am,,, #sobriety #alcoholfree #1yearsober #dontbelievethehype.”

On Flav’s Instagram account, musician Questlove commented, “Proud of you bro.” Rapper Xzibit wrote, “Love you G!! You’re one of my hero’s [sic]. Glad you are feeling powerful in your sobriety. Keep going.”

TMZ recently caught up with Flav at LAX, where he dished about a possible Public Enemy reunion. Fans of the iconic hip-hop group know that Flav and Chuck D are reportedly feuding again.

In a statement to Stereogum, Chuck D responded: “Come on y’all. This is tired and stupid. Flav and I communicate on our own, so I normally don’t address these things in public, but I’m tired of the circus of airing news that ain’t news and am going to keep it factual here.” 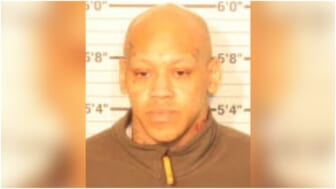 Also Read:
Tenn. man arrested for setting girlfriend on fire after she tried to break up

“Even after all the years of Flav giving the situation minimum while always asking for the maximum, I still work with him,” he added. “But it’s time to change. Everybody in the situation can’t be burdened with picking up his slack. The key word in ‘Brothers Gonna Work It Out’ is the word ‘work’. We’re always gonna be brothers regardless, but Flav’s gotta do the work and there ain’t no getting down without the work. Simple as that.”