The suit targeting HB 1775 was filed in federal court against the Oklahoma State Board of Education, its Regents for Higher Education, Gov. Stitt and others.

The state of Oklahoma has been hit with a lawsuit by the American Civil Liberties Union in a challenge to its ban of critical race theory being taught in public schools.

HB 1775, a bill authored by Republican state Rep. Kevin West, was approved in April, prohibiting educators from teaching topics like white privilege or the history of white supremacy. Further, the bill makes gender, harassment and diversity training optional for students and staff — all of which were previously mandatory.

The groups argue that the bill creates an environment where students and teachers are subjected to “heightened levels of racial and gender hostility and harassment.” Further, they claim it infringes on their ability to learn their own history.

Per CBS News, the lawsuit reads, “The Act’s vague, overbroad, and viewpoint discriminatory provisions leave Oklahoma educators with an impossible-and unconstitutional-choice: avoid topics related to race or sex in-class materials and discussions or risk losing their teaching licenses for violating the law.”

In a statement from the ACLU, Emerson Sykes, an attorney with its Speech, Privacy, and Technology Project, said, “All young people deserve to learn an inclusive and accurate history in schools, free from censorship or discrimination.” 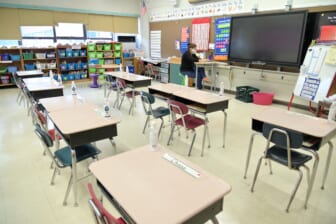 “HB 1775 is so poorly drafted — in places it is literally indecipherable — that districts and teachers have no way of knowing what concepts and ideas are prohibited,” said Sykes. “The bill was intended to inflame a political reaction, not further a legitimate educational interest. These infirmities in the law are all the more troubling because the bill applies to public colleges and universities, where the First Amendment is especially protective of academic freedom.”

According to Genevieve Bonadies Torres, associate director of the Educational Opportunities Project with the Lawyers’ Committee for Civil Rights Under Law, “The law directly violates the Fourteenth Amendment’s command that governmental actors do not engage in racial discrimination. Every student in Oklahoma deserves an equitable education that reflects the rich diversity of the state and provides a full, fact-based discussion of the state’s checkered history of racism, sexism, discrimination.” 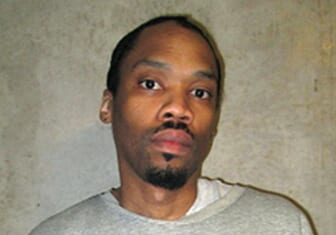 West told CNN the ACLU lawsuit is “full of half-truths, and in some cases blatant lies.”

“It is unfortunate, but not surprising, to see radical leftist organizations supporting the racist indoctrination of our children that HB 1775 was written to stop,” he said in a statement. “The law ensures that all history is taught in schools without shaming the children of today into blaming themselves for problems of the past, as radical leftists would prefer.”

The ACLU notes that the law has had an immediate impact on the school curriculum and the efficacy of teachers. Books like To Kill a Mockingbird and Raisin in the Sun have been removed from Oklahoma classrooms, and teachers are forbidden from using the word “diversity” or “white privilege.” 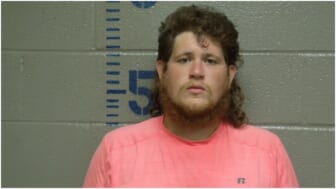 One lawsuit plaintiff, Regan Killacky, who teaches English at Edmond Memorial High School, contends “HB 1775 limits my ability to teach an inclusive and complete history within the walls of my classroom, ultimately restricting the exact type of learning environment all young people deserve — one free from censorship or discrimination.”