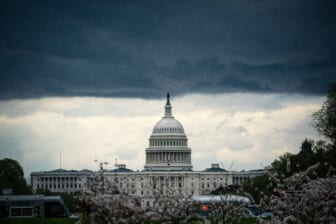 Douglas reportedly “contracted the virus last month and was placed in the hospital shortly after,” TMZ wrote.

A GoFundMe was set up for Douglas as he was battling the virus. A message on the campaign page notes that Douglas was “purple in color and his oxygen level was at 63%” when he was hospitalized and was later placed into a medically induced coma. He passed away on Thursday, leaving behind a wife and two children, a 3-year-old and 1-year-old boy.

“Our family is devastated and ask for your continued love, support and prayers,” a statement on the GoFundMe read.

The University Heights native attended Benedictine High School in Cleveland and helped lead the Bengals to the state championship win in 1996. In recent years he worked as a social worker, according to reports.

Tributes have pouring in on social media following news of his passing. Douglas’ former teammate at OSU, Chukwuemeka Nnamdi Onyejekwe, tweeted: “Our good brother Ivan Douglas has passed away. Please keep his family in your prayers!”

One Twitter user wrote, “Very sad! Hopefully Buckeye fans can come through to help his family.”

Another added, “So sad…RIP and thank you for being part of the Greatest Memory I will ever have!!”

A third commented, “Rest in peace Buckeye! May his soul and the souls of all of the faithfully departed through the mercy of God rest in peace. Amen.”

The U.S. death toll from COVID-19 eclipsed 700,000 earlier this month — a number greater than the population of Boston. The last 100,000 deaths occurred during a time when vaccines, which overwhelmingly prevent deaths, hospitalizations and serious illness, were available to any American over the age of 12.

The milestone is deeply frustrating to doctors, public health officials and the American public, who watched a pandemic that had been easing earlier in the summer take a dark turn. Tens of millions of Americans have refused to get vaccinated, allowing the highly contagious Delta variant to tear through the country and send the death toll from 600,000 to 700,000 in 3.5 months.

COVID-19 has killed more than 630 Americans 18 and under, according to the CDC. Nearly 6.2 million children have been infected with the coronavirus, with more than 1.1 million in the last six weeks as the delta variant surged, according to the American Academy of Pediatrics. 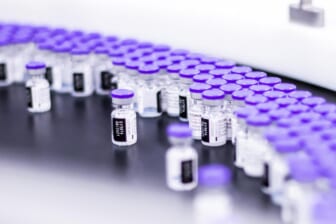 When deaths surpassed 600,000 in mid-June, vaccinations already were driving down caseloads, restrictions were being lifted and people looked forward to life returning to normal over the summer. Deaths per day in the U.S. had plummeted to an average of around 340, from a high of over 3,000 in mid-January. Soon afterward, health officials declared it a “pandemic of the unvaccinated.”