The Los Angeles home that Sean “Diddy” Combs purchased for Kim Porter, his ex-girlfriend and the late mother of three of his children, is now up for sale.

The music mogul put the mansion in the city’s Toluca Lake neighborhood on the market for $7 million, nearly $2 million more than the price he paid for it in 2009, Dirt reports. Sitting on 0.54 acres of land, the property is listed by Compass for $7 million.

Combs never resided on the property himself. It was meant to be the abode of Porter, the model Combs had an on-again, off-again relationship with between 1998 and 2007, according to People. Porter died in November 2018 and her body was found inside the home. 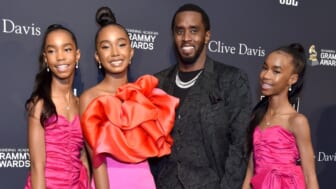 Built in 2006, the mansion boasts almost 10,000 square feet of space complete with six bedrooms and six-and-a-half bathrooms. It’s foyer has checkerboard-style marble floors and a crystal chandelier. The remainder of the house has hardwood floors with a living room, screening room and chef-style kitchen. The master bedroom comes with a private balcony, fireplace and spa-style bath.

In January, the mansion was broken into, as previously reported by theGrio. Authorities reported that the break-in was noticed and reported by a caretaker. It was uncertain whether any items were stolen. Combs had not been in the home since Porter’s death.

Ever since her passing, Combs, who remained friends with Porter, and their children have expressed their grief and held celebrations of her life. Last December, Brown paid tribute to his mom along with his sisters in an Instagram post, as previously reported by theGrio.

Brown and his twin sisters, gathered around a painting of their mom, surrounded by candles and blew them all out on what would have been Porter’s 50th birthday. 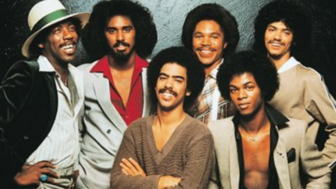 The month prior to that, on the second anniversary of her death, Combs posted his own tribute on Instagram with a Black and white photo of Porter with the caption, as previously reported by theGrio.