Sean "Diddy" Combs is featured on the latest VF cover, in which he details his career and his next era.

Officially ushering in his “next era,” Sean “Love” Combs, the man more commonly known as Diddy, poses with his three daughters in a stunning Vanity Fair cover photoshoot, in which the artist delves into his latest reinvention.

A new VF article describing Diddy as the world’s “first influencer” details his various eras and reinventions he has had over the years. As fans may remember, he’s gone by several names throughout his career, from “Puff Daddy” and “Puffy” to “P. Diddy,” just “Diddy” and, most recently, “Love.”

Now, the hip-hop icon is ready to usher in his latest chapter via the wide-ranging profile.

The shot of Diddy and daughters Chance Combs, 15, and 14-year-old twins D’Lila Star Combs and Jessie James Combs was photographed by Kaito, featuring him lounging on a marbled floor in an all-black suit while his girls elegantly stand behind him in gowns. In the profile, he opened up about the 2018 loss of Kim Porter, his ex and mother to three of his six children.

“And so, you know, I had to start to deal with it when I lost Kim. ’Cause I was like, man, you had it,” he said. “I’m not saying I would do any of it differently. God willing — I would have had more time. I look at my life as I got a second chance. I’m on my second mountain.”

The profile by Tressie McMillan Cottom details how Diddy’s mode of breaking into the zeitgeist and popular culture resembles the way influencer culture works now, maintaining that “beneath the showmanship was Combs the innovator. He understood hip-hop as a lifestyle at a time before ‘influencer’ had entered our cultural lexicon.”

“His image looked larger than life in 1999, when consumers watched music videos on television and bought clothes at shopping malls. We were still sending SMS messages on our cellular phones and two-way pagers as Combs was making hip-hop art that predated visually driven social media culture.”

As for his new era, in which is middle name is “Love,” the icon is excited and calls it “a mission.” 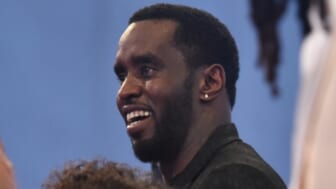 Also Read:
Diddy announces new album ‘Off The Grid’ to drop in September

“I feel like that’s one of the biggest missions that will actually shift things,” he said. “But besides that, we — the world — is different. We have the internet, we have the power, we have a culture, I have us on a five-year plan.”

In an empowering message for the culture, he explains, “It clicked in and went from me to we, that [I] was sent here not to just do those things that are kind of rooted in personal success but to be able to transfer to we, and do things that are real change and communal success.”