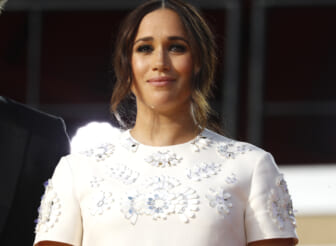 Also Read:
Meghan Markle defends activism: ‘I always stood up for what was right’

While speaking at the New York Times DealBook Online Summit, she said that a dislike button on platforms like Instagram is an “easy solve” for certain instances of cyberbullying.

“One of the things that seems like such an easy solve from my lens, if you look at Instagram for example, there’s a ‘Like’ button and then there’s comments,” Markle said to Andrew Ross Sorkin, an editor for the New York Times.

“So if you disagree with something you have to comment on it in a really vitriolic way… If there was a ‘Dislike’ button, wouldn’t that hugely shift what you were putting out there? Because you could just ‘Like’ it or just ‘Dislike’ it,” she said.

She said that the choice between liking a post or saying something negative has a disproportionate effect on women across the world.

At the same event, which was held on Tuesday, Markle advocated for paid family leave.

During a conversation with Mellody Hobson, co-C.E.O. and president of Ariel Investments, Markle said the issue of paid family leave is a “humanitarian issue.”

“I think this is one of those issues that is not red or blue. We can all agree that people need support certainly when they’ve just had a child,” she said.

Markle also noted that she and her husband Prince Harry both recently took 20 weeks of parental leave after the birth of their daughter, Lilibet.

“We knew we could take her home, and in that vital (and sacred) stage, devote any and everything to our kids and to our family,” Meghan wrote. “We knew that by doing so we wouldn’t have to make impossible choices about childcare, work, and medical care that so many have to make every single day.”

Markle’s comments at the event are not the first public comments she’s made about cyberbullying. Last year, while speaking on a podcast celebrating World Mental Health Day, Markle opened up about how she really feels about being incessantly bullied online by critics.

“I’m told that in 2019, I was the most trolled person in the entire world ― male or female,” she explained during an interview with the “Teenager Therapy” podcast.

“Eight months of that, I wasn’t even visible. I was on maternity leave with a baby, but what was able to be manufactured and churned out ― it’s almost unsurvivable.”

She then went on to note the toll that social media vitriol can take on a person’s mental health, regardless of age or stature. 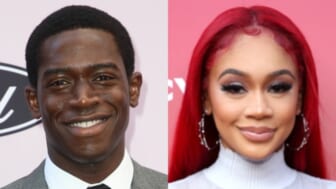 “That’s so big you can’t even think of what that feels like,” Markle continued. “Because I don’t care if you’re 15 or if you’re 25, if people are saying things about you that aren’t true, what that does to your mental and emotional health is so damaging.”