The Grammy winners embraced during the Dave Chappelle after-show performance

Things have been icy between Usher Raymond and T-Pain amid revelations of a past encounter between the two R&B singers over T-Pain’s use of Auto-Tune. However, the two seem to have put their differences aside this Sunday after they shared a stage together at an Atlanta concert. 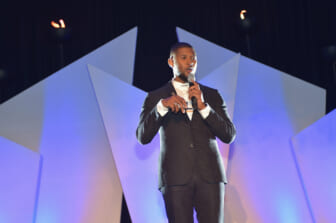 The concert was an after-party performance for Dave Chappelle. The polarizing comedian was performing in Atlanta, as well as screening his untitled documentary as well.

Raymond, and T-Pain, born Faheem Najm, were captured together on stage by an unchecked phone camera (Chappelle made fans lock their phones prior to the event).

The two shook hands and embraced following Najm’s words, seemingly putting an end to the salty feelings between them. Revelations of the discord between the two Grammy-winning singers came during an episode of the Netflix docuseries, This Is Pop.

During the episode, the “Buy You a Drank” singer/producer remembered that on a plane ride, the “Confessions” singer criticized his use of Auto-Tune, claiming that it had a negative effect on the music business.

Najm said during the episode that Raymond’s comments triggered a depression that lasted for years.

Najm said that he reached out to Raymond following the premiere of the episode, as his comments went viral.

“So I hit Usher after the interview came out, and I’m like, ‘I’m sure you saw what happened. That was the truth. That’s what happened, you definitely said that.’ I remember that whole day.’”

He went on to say that Raymond said he’d rather them talk about it rather than text, but Najm said Raymond never reached out to him.

Najm popularized Auto-Tune, a pitch-correcting software, not unlike what Roger Troutman of Zapp became known for. After he earned numerous hits using the effect, many artists followed suit. Most notably would be Kanye West, who, despite using some Auto-Tune on his early albums, used it to greater effect on 2008’s 808s and Heartbreak. 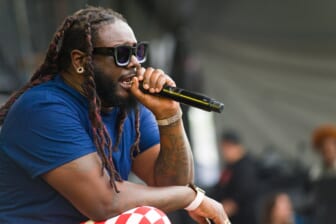 However, Najm has many detractors. In 2009, Jay-Z released “Death to Auto-Tune” as the lead single from his album, Blueprint III.